The study was a single-arm, open-label trial, in which each subject both received one daily treatment of the drug via oral administration and was followed-up for a period of 12 weeks 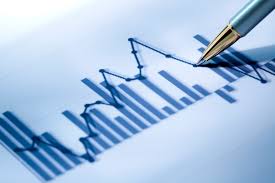 Adi Zuloff-Shani, Ph.D, Chief Technology Officer at Therapix said, "The successful completion of this study is a key milestone in our clinical development plan of our proprietary drug candidate THX-110 for the treatment of Tourette syndrome for which current available treatments are frequently inadequate or unsafe.”

“Moreover, these results are of particular interest as the pharmacology of THX-110 appears to be distinct from existing medications for TS and may offer a unique option for treating these patients. This study was designed primarily to confirm safety, tolerability and feasibility in this challenging patient population and is encouraging that we obtained positive data that suggests that the combination of dronabinol (∆-9-tetrahydracannabinol) and palmitoylethanolamide (PEA) (THX-110) should be pursued as a treatment for TS patients. Based on these study results, we intend to initiate a randomized, double-blind, placebo controlled study to evaluate the safety, tolerability and efficacy of daily oral THX-110 in treating adults with Tourette syndrome”, he added.

The study was a single-arm, open-label trial, in which each subject both received one daily treatment of the drug via oral administration and was followed-up for a period of 12 weeks. Sixteen subjects participated in the study and received THX-110 at the Yale University Child Study Center at Yale University, USA.

The primary endpoint of the study was to assess the performance of THX-110 in the treatment of adult patients suffering from symptoms of Tourette syndrome, as measured by the Yale Global Tic Severity Scale Total Tic Score (YGTSS-TTS), the gold-standard and customary index for assessing symptom severity. Treatment was given in a dose titration regimen with a maximum dose of THX-110 consisting of 10mg Dronabinol and 800mg PEA.

Dr. Michael Bloch, principal investigator of the study said, "In general, this study enrolled 16 adults, most of which had severe, refractory Tourette syndrome that had not responded to previous evidence-based treatment (e.g. antipsychotic medications, alpha-2 agonists, behavioral therapy) and multiple investigational compounds (e.g. topiramate, VMAT-inhibitors, repetitive transcranial magnetic stimulation, deep brain stimulation). A subset of these subjects experienced improvement in tic symptoms during the course of the study. The overall improvement of tics in this sample of severe, adult TS is quite encouraging and further placebo-controlled trials are needed in an attempt to demonstrate efficacy.”

"We believe that the efficacy demonstrated in this study further reinforce the potential role of cannabinoids in the field of CNS and movement disorders and suggests that Therapix Biosciences may have a proprietary cannabinoid product candidate in the treatment of Tourette syndrome," stated Dr. Ascher Shmulewitz,  M.D., Ph.D, Chairman and interim CEO of Therapix said. "These data are a catalyst for the acceleration of Therapix's Entourage Effect research interests."

Complete results from this study will be presented at the 2018 European Society for the Study of Tourette syndrome meeting in Copenhagen, Denmark.