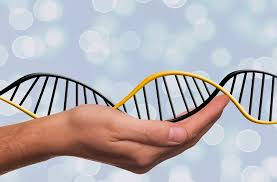 Singapore– A research team led by National University Health System (NUHS) and Duke-NUS Medical School has used genomic technologies to better understand intestinal metaplasia (IM), a known risk factor for gastric (stomach) cancer. Patients with IM are six times more likely to develop stomach cancer than those without. This study is an important part of an ambitious investigation to understand why some people develop stomach cancer, while others do not. The research, which was published in one of the top cancer research journals, Cancer Cell, could also help detect patients who are infected with the Helicobacter pylori bacteria, which is also linked to the disease.

Stomach cancer is the third deadliest cancer in the world according to World Health Organization (WHO) statistics, and claims more than 300 lives yearly in Singapore. The disease is believed to be caused by infection with Helicobacter pylori but is potentially treatable if detected early. Unfortunately, more than two-thirds of stomach cancer patients are only diagnosed at an advanced stage.

“Previous genetic studies on IM have mainly focused on patients who were already diagnosed with stomach cancer but these are limited in their ability to predict who are likely to develop the disease and how the disease will progress,” said Professor Patrick Tan, co-lead investigator and Professor, Duke-NUS Medical School. Professor Tan is also Deputy Executive Director, Biomedical Research Council, Agency for Science, Technology, and Research, and a Senior Principal Investigator at the Cancer Science Institute of Singapore. “This new study is the first to comprehensively map out the genetic changes in IM in a cohort of stomach cancer-free subjects, which helps us better predict the possible occurrence and progression of the disease.”

Dr Yeoh Khay Guan, co-lead investigator and Deputy Chief Executive, NUHS as well as Dean, NUS Yong Loo Lin School of Medicine added, “Our study is the largest series of IM to be studied in detail by genetic analysis. These new findings help us understand why some people have a higher risk of progression to stomach cancer, and identify those who may benefit from closer follow-up to prevent cancer or to detect it early so that it can be cured.”

The research team is using this new information to identify biomarkers that can be applied in future in the clinic to identify people who have a high risk of progression to stomach cancer.