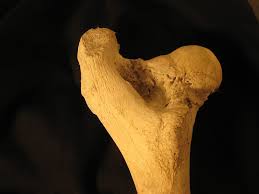 Singapore - In a recent paper published in Cell, Penn Dental Medicine researchers collaborated with an international team to show how the innate immune system can also be trained to "remember" past threats and respond more robustly to future challenges.

The scientists show that this innate immune training takes place in the bone marrow. The findings point to a strategy of priming the immune system prior to a situation where the risk of infection was high, or prior to chemotherapy to avoid a depletion of the immune system's neutrophils, some of the first cells to travel to points of infection.

Dr. George Hajishengallis, Thomas W. Evans Centennial Professor of Microbiology at Penn Dental Medicine, was a co-senior author along with Mihai Netea of Radboud University and Triantafyllos Chavakis of the University of Dresden.

The dogma in immunology has been that the innate immune system does not possess a memory. Recently, however, studies have questioned this notion, showing that the innate immune system can be trained to have a robust response by challenging it with stimuli, such as β-glucan, a sugar molecule found in fungus. These initial investigations of innate immune training suggested that this effect was mediated by epigenetic changes to mature myeloid cells. But, because these mature cells survive only a day or two and the training effect can last months, the researchers knew there had to be some other mechanism at work.

Their hypothesis was that the changes had to somehow affect the bone marrow, the site of hematopoietic stem cells, or HSCs, and specifically those that serve as myeloid cell precursors. To test this, they gave mice an injection of β-glucan and within a day their HSCs expanded in number.

"But it was not a random expansion," Hajishengallis says. "There was a bias toward myelopoiesis," that is, the generation of myeloid precursor cells. What's more, they confirmed that the HSC changes were lasting.

Going forward, the researchers plan to look at innate immune system training in the context of ageing and how it affects the course of a variety of disease conditions.