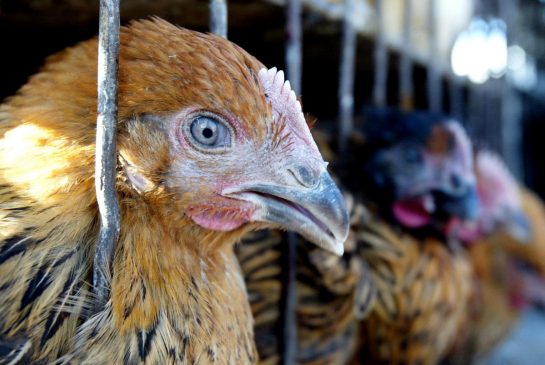 Singapore: While experts and health ministries in various Chinese provinces have declared the on-going second wave of H7N9 in the country as more destructive than the first one in early 2013, the World Health Organization too is closely monitoring the disease outbreak - calling it an epidemic.

"The big question always is, 'does it go down as the season goes away or does it continue?' We seem to start seeing a decrease again, which confirms the seasonal patterns, but there is of course no reason and no space to relax," WHO's representative in China, Mr Bernhard Schwartlander said in a news statement.

Avian Influenza has infected 226 people so far and the death toll has jumped to 72 in 2014, when compared to 144 infections and 46 deaths in 2013. Both the Chinese authorities and the WHO have maintained that there is no evidence of sustained human transmission with H7N9, even though cases of close family members infecting each other have come up.

The Shanghai Public Health Clinical Centre last month said it had developed a genetically engineered vaccine for H7N9. Hangzhou, capital of the eastern province of Zhejiang, that is the current epicentre of the outbreak has announced radical plans to ban - forever - all live poultry trading in urban areas, according to state media, and replace it with factory-slaughtered and frozen meat.

News reports further quoted China's National Poultry Industry Association estimates. The association said that the sector has lost more than US$3 billion (S$3.8 billion) so far this year, on top of the impact of the outbreak last year as consumers shunned fowl and markets stopped business.

WHO's regional director for the Western Pacific, Mr Shin Young Soo said that poultry market closures were the most important measure to contain the virus. He said, "H7N9 is more difficult because actually the bird and ducks, they're not really sick. It's more difficult to control. It's very fatal to human beings. We know that this virus is never going again. It's coming back."