Biological E to supply vaccine to Vacsera of Egypt 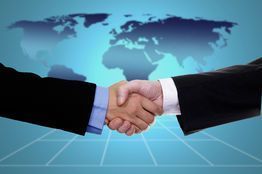 Biological E has entered into a long term supply agreement with Vacsera, an Egyptian vaccines company

Singapore: Biological E has entered into a long term supply agreement with Vacsera (and its subsidiary Egyvac), an Egyptian vaccines company under the Ministry of Health of Egypt, for the pentavalent vaccine manufactured by Biological E.

Vacsera is the sole vaccine procurement agency of Egypt. Under the agreement, Biological E's pentavalent vaccine shall be procured exclusively by Vacsera.

Biological E's liquid pentavalent vaccine was prequalified by the World Health Organization in 2012 and since then it has been exported to several countries. The company was in news recently for entering into a five year pentavalent supply arrangement with GAVI Alliance and for its joint venture with GlaxoSmithKline for the development and commercialization of the IPV containing hexavalent vaccine.

According to Biological E spokesman Mr Narender Mantena , after a rigorous process of selection, the company was chosen as a credible supplier by Vacsera for supplying the pentavalent vaccine. This is an extremely strategic move and the first of such long term exclusive buying arrangements with countries.

The agreement has been endorsed by Prof Dr Mohamed Mostafa Hamed, the Egyptian Minister of Health.