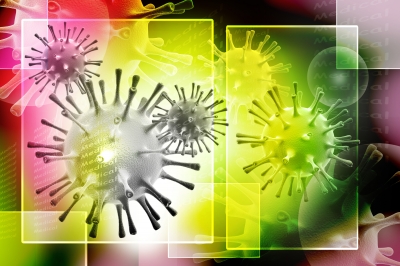 Singapore: Scientists from The Scripps Research Institute (TSRI) and the International AIDS Vaccine Initiative (IAVI) have discovered a new vulnerable site on HIV.

"HIV has very few known sites of vulnerability, but in this work we've described a new one, and we expect it will be useful in developing a vaccine," said Mr Dennis R Burton, professor in TSRI's Department of Immunology and Microbial Science and scientific director of the IAVI Neutralizing Antibody Center (NAC) and of the National Institutes of Health's Center for HIV/AIDS Vaccine Immunology and Immunogen Discovery (CHAVI-ID).

The discovered new vulnerable site on HIV can be now attacked by antibodies to prevent infection from a broad range of the virus' many variants.

"HIV mutates very quickly, within the individual and across populations," said IAVI Chief Scientific Officer Wayne Koff. "This new target offers a stable mark for vaccine design, increasing the potential to find a vaccine that can provide broad, lasting protection to people around the world."

The findings, reported in two studies published online today and in the May issue of Immunity, are part of a large effort sponsored by IAVI and the U.S. National Institutes of Health (NIH) to develop AIDS vaccines that can trigger the human immune system to produce broadly neutralizing antibodies (bNAbs). Since 2009, researchers have: determined that a small proportion of HIV-infected individuals naturally generate bNAbs against a wide range of HIV variants; isolated scores of these bNAbs; identified a handful of regions they target on HIV; and found they can prevent HIV infection in non-human primates. The next step is to design immunogens to elicit these bNAbs in humans.

In the first study, a team of scientists from TSRI, IAVI and Theraclone Sciences, led by Dr. Burton, identified and described a promising new set of bNAbs, the PGT151 series, building on the Protocol G project that studied HIV-infected people who naturally produce bNAbs. The researchers found that two of the antibodies in the series could block infection by more than two-thirds of HIV strains found in patients worldwide.

In the second study, a team led by Ian A. Wilson, TSRI Hansen Professor of Structural Biology and chair of the Department of Integrative Structural and Computational Biology, explored the newly identified target, which becomes the fifth well-characterized epitope, or binding site, on the surface of HIV.