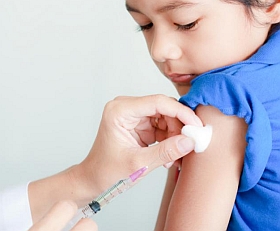 Cause of concern - National Health Performance Authority in Australia reveals that more than 77,000 Australian children have not been immunized

Singapore: National Health Performance Authority in Australia has revealed that while Australia has high immunization rates according to global standards, more than 77,000 Australian children have not been immunized.

Professor Suzanne Cory, Australian Academy of Science, Australia, said that, "It's concerning that so many children remain unprotected. When people are not immunized, they risk exposing young babies, who cannot be protected from life-threatening diseases such as measles and whooping cough by immunization."

She added, "In the case of a highly infectious disease such as measles, more than 95 percent of the population must be vaccinated to achieve sufficient level of immunity to prevent transmission if the disease recurs. The academy is concerned that low rates of immunization persist in Australia because of misinformation and misunderstanding about immunization science."