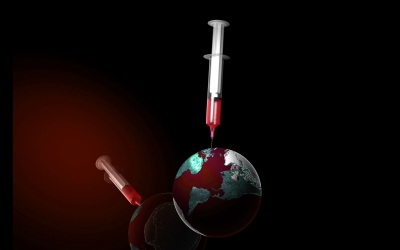 Singapore: US-based drugmaker Pfizer recently announced plans to stop selling Prevnar vaccine in China. The vaccine is administered to children and helps prevent infections like pneumonia, which killed an estimated 935,000 children under the age of five, globally, in 2013.

Pfizer gave no explanation for stopping the sales of the vaccine.  This may result in acute shortage of the vaccine for China's toddlers. "Based on a careful assessment of this situation, we have decided to cease our vaccines' commercial operations in China at this time, effective immediately," said the company spokesperson in an emailed statement.

The spokesperson added that the China Food and Drug Administration did not renew its import license for Prevnar, leading to the expiry of the license. Prevnar generated nearly $4.5 billion in revenue for Pfizer last year. China is one of Pfizer's largest markets after the US and Canada.

Pfizer said in a statement that the move would affect nearly 200 employees at the vaccine manufacturing site. However, the company will work with the employees to find other positions within the company. Pfizer employs nearly 9,000 employees in 300 Chinese cities and has made investments worth $1bn since entering the country in the 1980s.