One third of world's unimmunized children in India 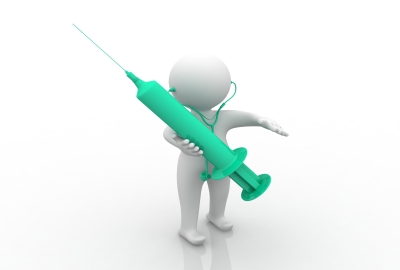 According to WHO, 70 percent of the world's 22.6 million unimmunized children live in 12 nations; with India home to the largest chunk of 6.9 million

Singapore: Marking the start of the World Immunization Week, the Hilleman Laboratories, an equal joint-venture partnership formed between Merck & Co. and Wellcome Trust, announce their innovative technological intervention, thermo stability to help improve coverage of the Routine Immunization Program in India. With the vision to achieve 95 percent coverage of Expanded Program of Immunization in India which will merit 70 - 80 million doses annually, Hilleman Laboratories is bringing in innovation to act as a catalyst in bridging the gap between academia and product development by increasing the efficiency of existing vaccines with heat stable, easy to use, affordable and novel packaging features.

Commenting on the current immunization scenario, Dr. Davinder Gill, ceo, Hilleman Laboratories said, "With a quarter of the current birth cohort left unimmunized in the country, India severely lags behind even when compared with lesser developed nations as well as its immediate neighbours. We aim to compliment the current ecosystem and help expand the supply chain, adding scale and lowering the manufacturing cost; making the existing vaccines accessible and affordable for the unimmunized in India and other developing nations."

According to WHO, 70 percent of the world's 22.6 million unimmunized children live in 12 nations; with India home to the largest chunk of 6.9 million. According to the Immunization Report by UNICEF and WHO, against the 67 percent cover in India, our neighbours boasts a much higher coverage with Sri Lanka topping the list at 97 percent followed by Bangladesh at 95 percent, Bhutan at 92 percent, Pakistan at 88 percent and Nepal at 85 percent.

The solution to amplify this figure lies in distributing life-saving vaccines without the requirement for large bulk shipments, expensive warehousing and costly, difficult-to-maintain refrigerated shipping paths from the manufacturing plant to the patient, currently spearheaded by Hilleman Laboratories. One of the key breakthrough results the company presents is about the thermo-stable property of vaccines enabling it to withstand tough temperature conditions of countries in Asia and Africa.