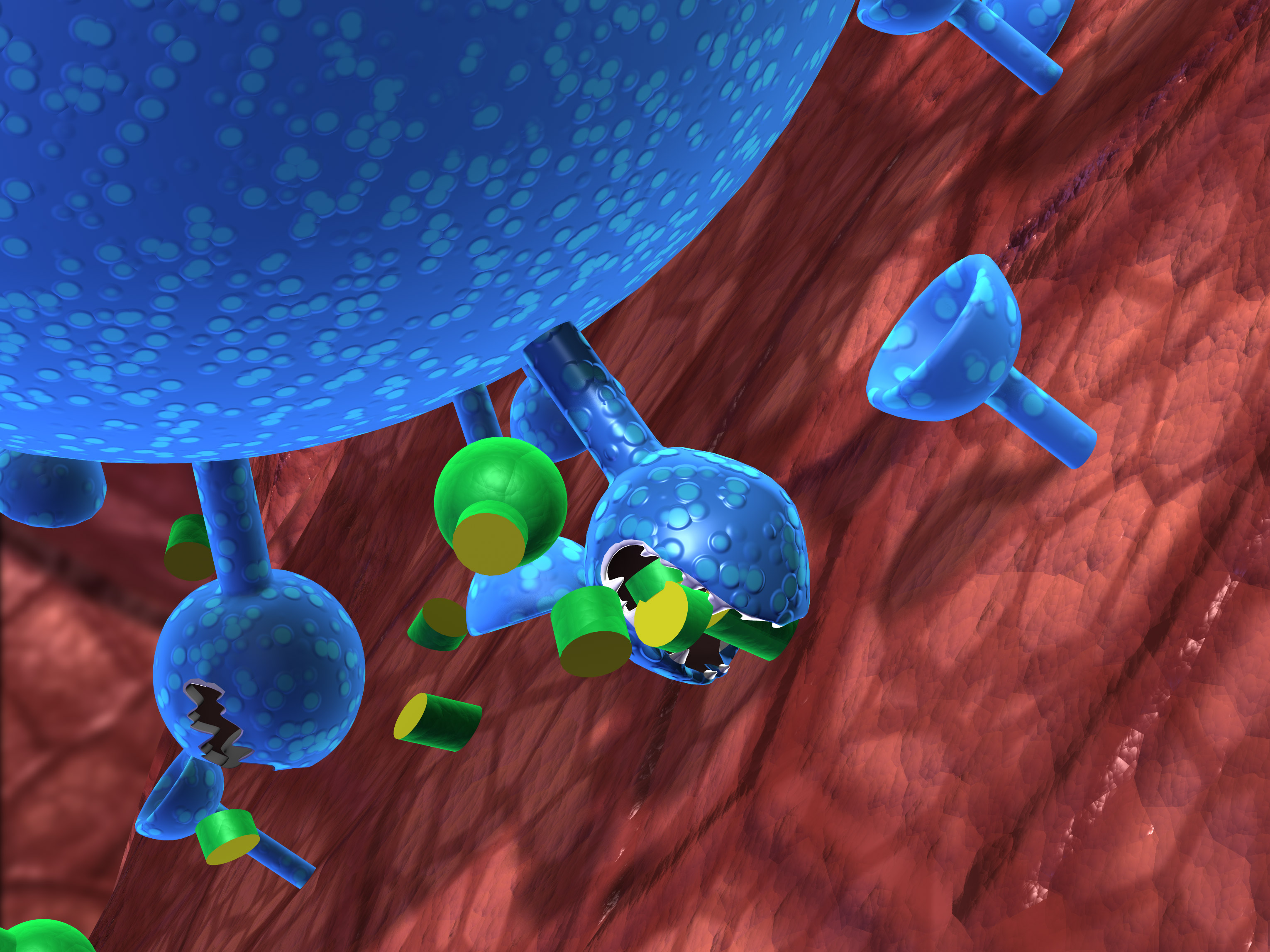 This new class of specific, mechanism-based anti-influenza drug works by preventing the virus from removing sugars on the cell surface. (Image Courtesy: CSIRO and Magipics)

A better flu drug is on its way. This new class of specific, mechanism-based anti-influenza drug works by preventing the virus from removing sugars on the cell surface. The breakthrough is the result of a global collaboration between scientists from Australia's CSIRO, University of British Columbia, Canada and the University of Bath in the UK.

The findings of this research group, led by Professor Steve Withers from the University of British Columbia, were published, this February, in the journal Science. The drug can help contain a potential flu-pandemic more effectively by limiting the speed of virus mutation and buy time to create a vaccine that will work on the resistant, rouge virus strain.

For this game changer scientific development, CSIRO researchers used the high-throughput crystallography beamline (MX1) at the Australian Synchrotron and obtained the finely detailed information about how the drug interacts with the virus. It was this information that was used to improve the drug's effectiveness.

Australian Synchrotron, operational since 2007, has been the hub of many such instances, where it has been instrumental in giving light speed to drug design and discovery. On an average, the Macromolecular Crystallography beamline (MX1 & MX2), headed by principal scientist Dr Tom Caradoc-Davies, runs over 400 experiments-a-year. These span the disciplines of molecular biology, rational drug design, proteomics, and find applications across industries.

According to Dr Tom Caradoc-Davies, now that the protein structure study at the micro, nano or pico level is becoming a key determinant in drug design and development, his team's expertise and the excellent facility is rightly positioned to meet the need of those working in the area of human diseases. "Protein crystal structure determination that used to take days and weeks can now be executed in minutes at this facility, speeding time-to-market and reducing cost of drug discovery and development," he said.

The Asia Pacific region uses this facility for academic research free of charge. The research proposals are evaluated on merit and based on the scores assigned deserving ones move ahead via the grant route. For commercial projects, the facility is available to the industry at a cost.

Dr Santosh Panjikar, a scientist from the Macromolecular Crystallography team at the Australian Synchrotron is working on engaging with the scientific community in India and will be travelling to key institutions and also meeting industry groups in Mumbai, Bangalore, Hyderabad in India from March 11 onwards.

While India had commissioned its first synchrotron Indus way back in 1999 at the Raja Ramanna Center of Advanced Technology at Indore in Madhya Pradesh the 12th five year plan (2012-17) currently running in the country includes setting up of a third generation Synchrotron in West Bengal, a state in East India. It is slated to be in league with the ones in the US, Germany, Japan, France or the one in Australia that brought some light speed to the new flu drug.