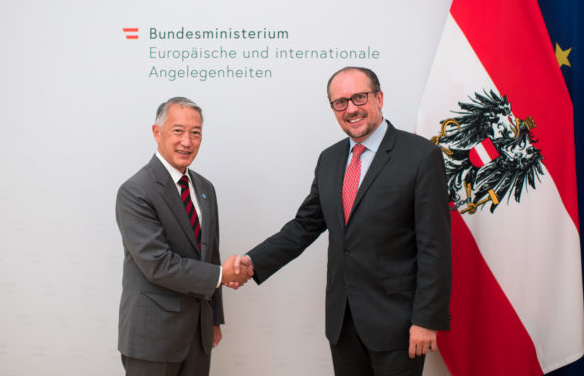 The International Vaccine Institute (IVI), based in Seoul (South Korea) has launched an IVI Country Office in Austria's capital Vienna. The new office will pave the way for Austria's ambition towards vaccine research and development, and IVI's initiative to work closely with the Austrian government and local research network and biomedical industry, comprising of biotech companies, academia, and research institutes.

"Austria is increasingly focusing in the field of vaccine research. The Vienna office will be strengthened by the location of the IVI branch" said The Foreign Minister of Austria, Alexander Schallenberg.

39 countries and the World Health Organisation (WHO) are signatories to IVI's founding treaty, and Austria's application for membership is currently in progress. According to the Federal Ministry for European and International Affairs (BMEIA) of Austria, the government will invest an annual amount of 860,000 euros in IVI, a contribution to Austria's vaccine development in Europe and globally.

The governments of the Republic of Korea, Sweden, India, and Finland currently provide state funding, and Denmark made a core contribution of 4 million Danish kroner in 2022.