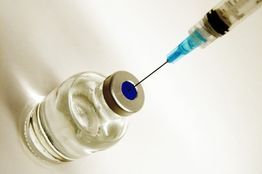 Study results regarding the vaccine were published in an article titled 'Inducing humoral and cellular responses to multiple sporozoite and liver-stage malaria antigens using pDNA' in the American Society for Microbiology's peer-reviewed journal, Infection & Immunity.

In this study, Inovio researchers and collaborators designed a highly optimized DNA vaccine composed of four sporozoite and liver-stage malaria antigens using Inovio's SynCon technology. These antigens were chosen because of their important role in the control or elimination of malaria infection. The malaria vaccine generated robust and long-lasting T-cell responses in both mice and non-human primates.

Dr J Joseph Kim, president and CEO, Inovio, said that, "Published data from two clinical studies has demonstrated that Inovio's products generated best-in-class T-cell immune responses. Using the same synthetic vaccine technology that produced clinical candidates against HPV, HIV, and influenza and achieved potent antibody and T-cell immune responses against these targets, we have now generated strong immunology data with our malaria vaccine in non-human primates. We are excited to advance toward the very important healthcare goal of conquering malaria."