Sputnik Light will be an important part of India’s vaccination programme and the fight against mutations of COVID-19, including Omicron 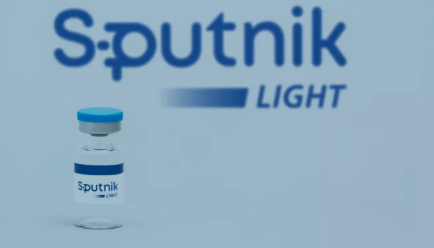 The Russian Direct Investment Fund (RDIF, Russia’s sovereign wealth fund) has announced that the Russian one-shot Sputnik Light vaccine against coronavirus has been authorized by the Drug Controller General of India (DCGI).

Sputnik Light has been registered in more than 30 countries with total population of over 2.5 billion people. A number of countries, including Argentina, Bahrain, UAE, San Marino and Philippines, have already authorized Sputnik Light as a universal booster.

A preliminary study of the Gamaleya Center has found that Sputnik Light as a booster significantly increases virus-neutralizing activity against Omicron, which is comparable to titers observed after Sputnik V against wild-type virus, associated with high levels of protection.

Dr. Reddy’s Laboratories, a major partner of RDIF in India, has conducted local clinical trials of Sputnik Light in India. Positive data from these trials have been presented to India's regulator and contributed to the positive decision by DCGI.

Clinical studies and the real-world data in many countries have demonstrated Sputnik Light is a safe and effective vaccine when used both on a standalone basis and as a booster.

Sputnik Light will add to India’s national vaccine portfolio and join Sputnik V, which was approved in the country in April 2021. India is the leading production hub for Sputnik V.