Hexaxim vaccine gets EMA nod for global use

Hexaxim vaccine gets EMA nod for global use 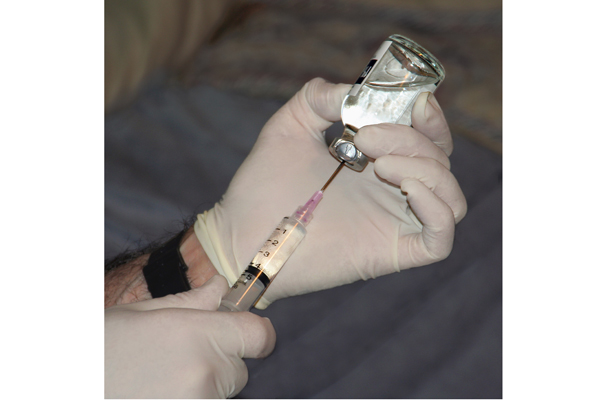 Singapore: The European Medicines Agency has issued a scientific opinion recommending that the benefits of the vaccine Hexaxim outweigh its risks and that it can be used in regions outside the European Union (EU). This is the first such opinion on a vaccine.

The vaccine, developed by Sanofi Pasteur, offers protection against six World Health Organization (WHO) priority diseases: diphtheria, tetanus, pertussis (whooping cough), hepatitis B, polio and invasive disease caused by the bacterium Haemophilus influenzae type B, including meningitis. It is given to children between six weeks and two years of age.

The Agency's Committee for Medicinal Products for Human Use (CHMP) can give scientific opinions in cooperation with the WHO on human medicines that are intended for markets outside of the EU and that prevent or treat diseases of major public health interest. They may include vaccines used in the WHO's Expanded Programme on Immunization, as well as medicines for protection against public-health-priority, neglected or WHO target diseases such as HIV/AIDS, malaria and tuberculosis.

The CHMP bases its opinions on these medicines on the same standards of quality, safety and efficacy as for medicines for use within the EU.

Dr Tomas Salmonson, acting Chair of the CHMP, said, "We are delighted to issue a positive opinion on this vaccine, which promises to relieve the burden of these six diseases. All of these diseases continue to cause unacceptable levels of illness and death across the globe.

The opinion was based on the results of clinical trials carried out in children in a range of countries outside the EU, which showed that there was an adequate immune response against all six diseases in all major ethnic groups. All of the active substances in the vaccine have already been used in other vaccines, except for the hepatitis B component.

The evaluation team included experts from Brazil and Thailand nominated by the WHO and an expert from the WHO's vaccine prequalification programme.

Hexaxim can be used as primary or a booster vaccination. The primary vaccination is in accordance with the WHO's expanded Programme on Immunization schedule. The vaccine is given as three doses at least four weeks apart. The most common side effects in clinical trials were pain and redness at the injection site, irritability and crying.