Taiwan develops vaccine against all strains of influenza 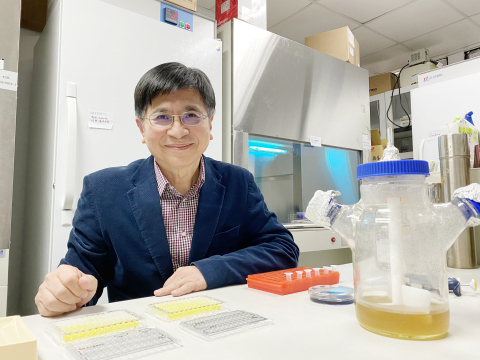 Winter is the beginning of the annual influenza season, and every year, in its efforts to prepare the required vaccinations, the World Health Organization (WHO) tries to predict which strain of influenza will be most wide spread. With this situation in mind, a research team led by Professor Wu Suh-Chin of the Department of Medical Science, National Tsing Hua University (NTHU) in Taiwan has developed a vaccine providing protection against all strains of influenza. The vaccination can be administered in the form of a nasal spray instead of by injection.

The team's innovative research has been published in scientific journals, and was awarded the Ministry of Science and Technology’s Future Tech Award in 2019 and 2020.

Since the prevalence of influenza and the strains involved differs from year to year, deciding on which vaccines to prepare for the next influenza season is challenging, and a wrong guess can lead to a low vaccine efficacy. Wu said that this is mainly because the hemagglutinin of the influenza virus is constantly changing, making it difficult for our immune cells to recognise it.

Wu's team also deglycated the stem region of the hemagglutinin antigen, which makes it easier for immune cells to recognise and eliminate the virus.

Since influenza viruses are mainly transmitted through the respiratory tract, Wu's team invented a nasal spray influenza vaccine that is more effective than an injection. Since breathing and eating inevitably introduces foreign antigens into the body, the mucous membranes in the respiratory and oral-fecal tract have a mucosal tolerance to pathogens, making it difficult for vaccines to elicit mucosal immunity. This is what makes developing a mucosal vaccine more challenging than developing an injection.

To overcome the immune tolerance of mucosal systems, one approach would be to ‘fight virus with toxin,’ and the team decided to use a bacterial toxin known as ‘heat-labile enterotoxin A subunit’ with antigen, thereby forming a self-adjuvanting vaccine. The self-adjuvanting vaccine made in this way are good at eliciting mucosal and systemic immune responses.

The team has already used the self-adjuvanting vaccine platform, now patented in Taiwan and the US, to develop a vaccine for avian flu, and initial experiments have confirmed that chickens which inhale the mucosal vaccine produce neutralising antibodies in their serum.