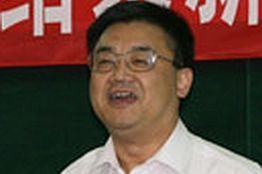 Singapore: Dr Rongxiang Xu, a scientist working in the domain of human body regenerative restoration science, has been granted a new patent by the State Intellectual Property Office of China (SIPO) for his invention called Potential Regenerative Cell (PRC). His research affirms the existence and function of PRC in the human body and further verifies the innate human regenerative potential and its origin.

Dr Xu had earlier filed a lawsuit against Dr Shinya Yamanaka (who was awarded the 2012 Nobel Prize in Physiology or Medicine for his work on pleuripotent stem cells) and also against the Nobel Assembly,in the US, alleging among other things, deception by Dr Yamanaka.

Dr Xu has also been granted patents in the US since 2004 for his scientific route and platform patent application of "culturing PRCs into pluripotent stem cells and regenerate damaged organs", whereby the route of "damaged organ regeneration" was noted as a priority of life science development in Obama's 2013 Presidential State of the Union address.

Enabling PRC to take effect by cultivation in the human body has been practically applied gradually for 29 years, with thousands of burn and ulcer patients being saved in 73 countries. Regenerative restoration of diseased human internal organs and regenerative rejuvenation of aging organs has occurred in numerous countries.

"The purpose of the announcement for accomplished organ regeneration technologies in humans that I released in June 2013 was to inform the public of the scientific technologies that are available to regenerate and restore damaged or aging organs," stated Dr Xu.