This new and safer system can potentially replace conventional animal-cell based culture method that has been used for over four decades and is currently restricted to critical cases such as extensive burns. 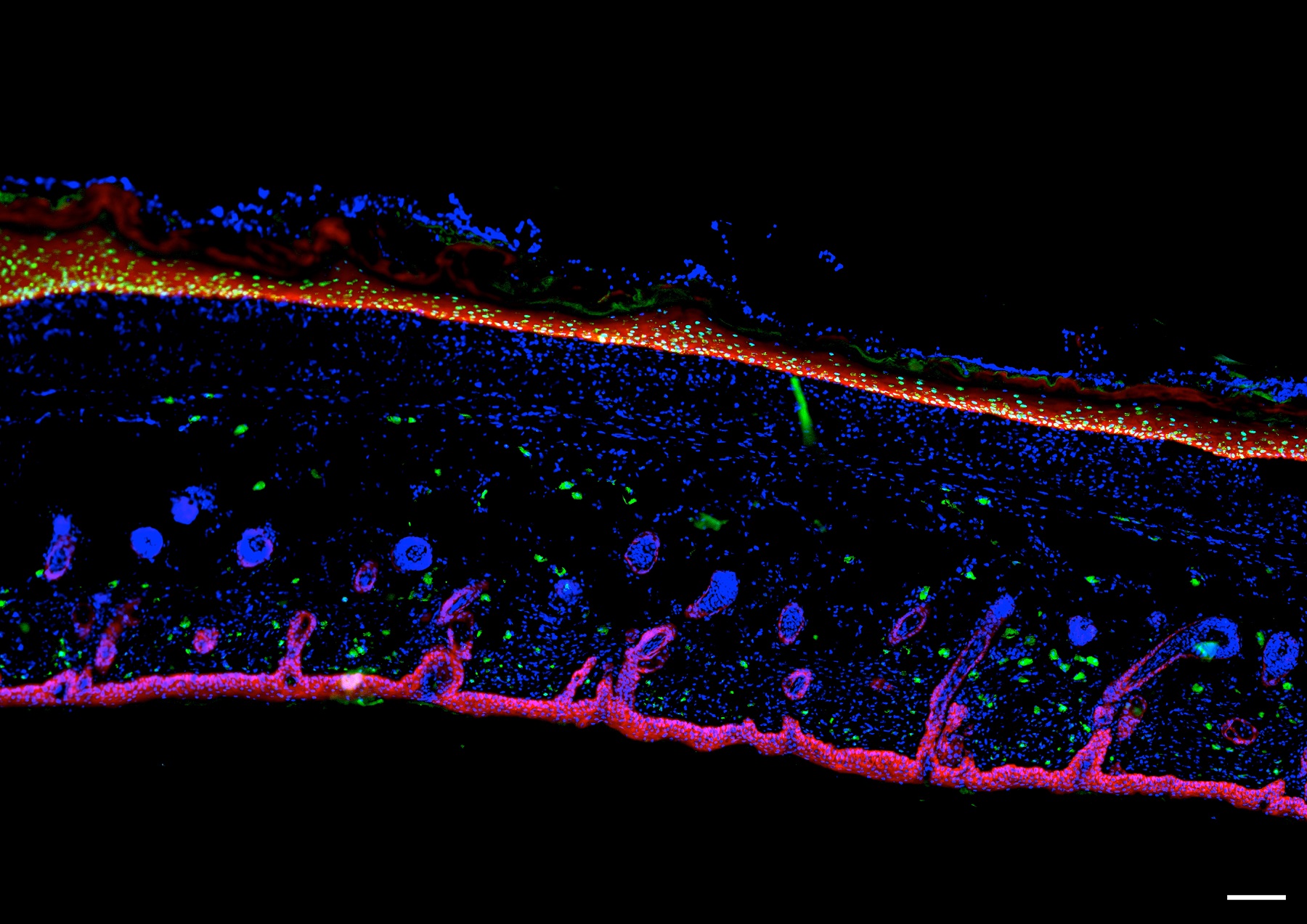 Singapore - Breakthrough research to culture human skin cells called keratinocytes to produce skin grafts has been published by a team of researchers from Duke-NUS Medical School and the Singapore General Hospital (SGH). This method is the first to use a specific type of tissue-proteins known as laminins, found in the human body, to create a safer treatment for severe burns or other skin-related defects.

For over four decades, skin keratinocytes have been cultivated using a combined human animal culture system. From a clinical application standpoint, this approach exposes patients to the potential risk of infections and adverse immune reactions. The animal derived products and biological agents used in the culture system are considered high-risk under a pharmaceutical standard called the Good Manufacturing Practice (GMP) system. Regulatory agencies, such as the U.S. Food and Drug Administration (FDA), have classified such cultured products as xenografts, which are approved only for treatment of severe burns (above 30% of total body surface area) or for compassionate use.

In this Singapore study, specific laminin proteins LN-511 or LN-421 are used as a supportive cell culture matrix and have been found to support the growth of human keratinocytes in a similar way. Lead author, Professor Karl Tryggvason, from the Cardiovascular and Metabolic Disorders Programme, Duke-NUS Medical School, who is also the Tanoto Foundation Professor in Diabetes Research, said, “Laminins have been transforming cell biology and are known to maintain stem cells and tissues architecture and function in a way that mimics the situation in the human body. The laminins play an important role in several human diseases, such as those of skin. Our method of using biologically relevant laminins in their pure forms to develop a fully human cell culture system for growing skin keratinocytes in the laboratory is a first and is likely to translate into novel treatments for many different skin disorders and wounds.”

“This new method provides a robust yet safer system for our burn patients. More importantly, it sets the stage for a cell culture platform for other regenerative medicine applications – these include the cultivation of cells from other surface tissues of the body, such as the cornea or oral mucosa ,” said the co-lead author of the study, Dr Alvin Chua, Medical Laboratory Scientist & Deputy Head of the Skin Bank Unit at the Singapore General Hospital’s (SGH), Department of Plastic, Reconstructive & Aesthetic Surgery and Adjunct Assistant Professor of Duke-NUS Medical School, Musculoskeletal Sciences Academic Clinical Programme.