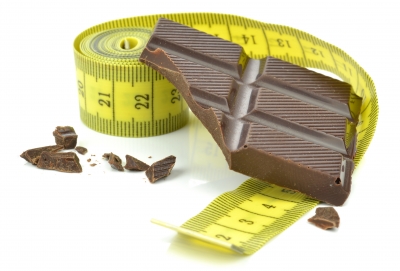 Scientists have discovered that obese individuals lack a protein that is essential for regulating blood glucose levels, causing them to face higher risks of developing diabetes

Singapore: Scientists from Institute of Molecular and Cell Biology (IMCB), a research institute under the Agency for Science, Technology and Research (A*STAR), have discovered that obese individuals lack a protein that is essential for regulating blood glucose levels, causing them to face higher risks of developing diabetes.

The protein is one of the first molecular links found between obesity to diabetes and is potentially a target for treatment or prevention of diabetes in obese individuals.

NUCKS protein is a key player in insulin signalling, an important biochemical pathway that is needed to respond to insulin hormones, which promote the uptake of glucose to regulate blood glucose levels. Without NUCKS, obese individuals develop insulin resistance and are unable to regulate their blood glucose levels effectively. This causes their bodies to constantly experience high levels of blood glucose, making them more susceptible to developing diabetes. These findings were supported by Singapore Bioimaging Consortium's (SBIC) cutting-edge bioimaging and metabolic profiling technologies, for identifying the parameters for obesity and diabetes.

The NUCKS protein is an important clue for controlling diabetes development in obese individuals. It is the first direct molecular link found between the two health conditions and will open up new areas of research to identify drugs and explore lifestyle changes, such as dietary habits and exercises that could restore the level of NUCKS in the body.

Dr Vinay Tergaonkar, principal investigator, IMCB and the lead scientist for the study, said, "It is alarming that obesity is a huge risk factor for many ailments, including diabetes. Having identified this protein, we are now a step closer towards removing one of these complications from individuals suffering from obesity."

"The world is paying a lot of attention to diabetes. Every year, billions of dollars are spent on metabolic diseases and a big part of the expenditure goes to the drugs for diabetes. The findings in our study have immense therapeutic implications as they will be applicable not only to diabetes in obesity, but also to diabetes as a whole," Dr Tergaonkar added.

Professor Hong Wanjin, executive director at IMCB, said, "IMCB is now focusing research on molecular mechanisms underlying diseases, which is important in developing future treatments for prevailing human diseases. We are excited to be a pioneer in uncovering a molecular link between these two common health problems. The incidence of metabolic disorders such as diabetes and obesity has been rising over the years, and these findings will prove valuable in further developing therapeutic approaches for them."