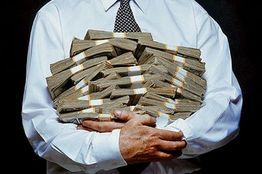 Singapore: Australia medical biotechnology company, Innate Immunotherapeutics, plans to raise up to $10.93 million (A$12) million through an IPO of up to 60 million shares at $0.18 (A$0.20) per share. Firm commitments for $4.55 million (A$5 million) have been received, including $2.75 million (A$3 million) from Australian Ethical Smaller Companies Trust who have provided the cornerstone investment for the IPO.

The majority of funds raised will be used to conduct a placebo controlled phase 2B efficacy trial for its lead drug candidate MIS416 for secondary progressive multiple sclerosis (SPMS). The trial is due to commence at multiple sites in Australia during the second quarter of 2014.

Worldwide, 30 percent of all multiple sclerosis (MS) sufferers have SPMS and there are currently no approved disease modifying drugs for the safe and effective, ongoing treatment of this highly disabling form of the disease.

The company has completed phase 1B/2A trials in New Zealand during which the drug raised no safety concerns and, in most patients treated for three months, showed clear signs of positive effect. These trials were funded in part by the US National MS Society (NMSS) and the New Zealand Government.

In addition, 17 patients with SPMS have been treated with MIS416 over the past five years in New Zealand under a compassionate use programme, which is permitted under the NZ Medicines Act. Of the total 17 patients treated in this manner, 14 have reported significant improvements in their MS symptoms and/or health-related quality of life, following six months or more of treatment.

"We believe that this IPO presents an opportunity to invest in an exciting new treatment for secondary progressive multiple sclerosis, which is a debilitating disease with no approved, effective ongoing treatment options," said Mr Simon Wilkinson, CEO, Innate Immunotherapeutics. "This is an investment that can help make an enormous difference to the lives of people afflicted by SPMS."

On successful completion of the phase 2B trial, expected in late 2015, the company strategy is to maximize the value of the technology through a major partnering or acquisition transaction. Pharmaceutical companies with existing drugs to treat early stage MS appear to be actively seeking drugs to treat SPMS and the company has engaged early and positively with these companies.