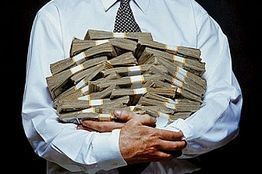 Singapore: The National Institutes of Health (NIH) is funding $45 million for research aimed at preventing Alzheimer's disease and identify and validate biological targets for novel therapies. The initiative will support innovative new studies as part of an intensified national effort to find effective interventions for this devastating degenerative brain disease.

The studies are among the first to be developed with direction from the 2012 NIH Alzheimer's Disease Research Summit: Path to Treatment and Prevention and reflect research goals in the National Plan to Address Alzheimer's Disease External Web Site Policy. Of the funds, $40 million is from an allocation from the Office of the NIH director, Dr Francis Collins, with additional funding from the National Institute on Aging (NIA), the lead Institute within NIH for Alzheimer's research.

"As many as five million Americans face the challenge of Alzheimer's disease, which robs them of their memories, their independence, and ultimately, their lives," Dr Collins said. "We are determined, even in a time of constrained fiscal resources, to capitalize on exciting scientific opportunities to advance understanding of Alzheimer's biology and find effective therapies as quickly as possible."

The clinical trials investigate possible ways to stop the progression of the disease. The translational research study awards are focused on identifying, characterizing and validating novel therapeutic targets.

"We know that Alzheimer's-related brain changes take place years, even decades, before symptoms appear. That really may be the optimal window for drugs that delay progression or prevent the disease altogether," said Dr Richard Hodes, director, NIA. "The clinical trials getting under way with these funds will test treatments in symptom-free volunteers at risk for the disease, or those in the very earliest stages, where we hope we can make the biggest difference."