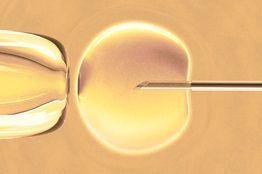 The brain surgery was conducted at Auckland City Hospital and the patient has recovered well so far. An MRI scan taken the day after the surgery indicated that the NTCELL capsules have been implanted at their intended target.

The Phase I clinical trial is an open label investigation of the safety and clinical effect of NTCELL in four people who have been diagnosed with Parkinson's disease for at least four years. The first patient will now be monitored for two months to confirm no serious adverse safety events. At that time, the independent data safety monitoring board (DSMB) will consider the safety data and advise if the implants for the remaining three patients can proceed.

The trial Principal Investigator is Dr Barry Snow, an internationally recognised clinician and researcher in Parkinson's disease who leads the Auckland Movement Disorders Clinic at the Auckland District Health Board. "The team are pleased with how well the patient tolerated the procedure itself," says Dr. Snow. "The surgery is relatively straightforward in neurosurgery terms, and we have taken full advantage of well-established techniques, which lowers the clinical risk. The patient will now be monitored closely by the team over the next two months."

Dr Andrea Grant, CEO and Managing Director of LCT said, "This is a significant milestone and a world first. It has taken a great deal of hard work, clinical and scientific endeavour to get to this and so of course we are excited. The purpose of this "first-in-man" study is to demonstrate the treatment is safe. Provided this trial is successful, future trials will further assess the extent of clinical benefit that patients might gain."

In the clinical trial, NTCELL is injected under guidance by neuroimaging into the affected area of the human brain where substantial death of neurons and other cells has occurred. The cell therapy is comprised of choroid plexus cells, which are naturally occurring 'support' cells for the brain. LCT's propriety technology IMMUPEL coats the implanted cells to protect them from attack by the patient's immune system.

"Unlike current therapy options for Parkinson's disease, NTCELL may be neuroprotective and offers people living with the disease the hope of being able to halt disease progression and restore quality of life," said Dr. Grant.

LCT and Otsuka Pharmaceutical Factory (OPF) are co-developing NTCELL as a treatment for Parkinson's disease. Under the agreement, LCT has already received an USD3 million cash payment and OPF is funding all of the research and development costs associated with the Phase I clinical trial, estimated at USD2.1 million.