Taiwan to get its first biosafety level 3 plant 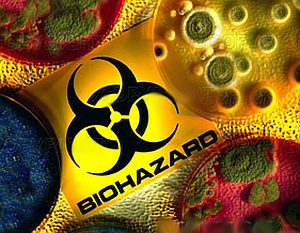 Amaran Biotechnology's $33.41 million factory and research at Hsinchu Biomedical Science Park will be the first to be constructed under level 3 biosafety conditions in Taiwan

Singapore: Amaran Biotechnology is going to invest $33.41 million (NT$1 billion) in order to construct a plant and a research center at Hsinchu Biomedical Science Park in Hsinchu County, Taiwan, to conduct clinical trials and manufacture drugs developed by OBI Pharma.

The new facilities will become operational during the first quarter (Q1) of 2014 and will develop botulinum toxin type A biosimilar, which is commonly known as Botox and widely used in cosmetic surgery. The drug is also used along with other generic protein drugs to treat migraine, squints, severe underarm sweating and dystonia.

The company said that its new facilities will be the first plant in the nation to be constructed under level 3 biosafety conditions. The biosafety level 3 is the second-highest on a scale of four, because a high safety level is required for facilities that manufacture Botox in order to limit contamination of the work environment and the surrounding community.

The research center will be responsible for conducting clinical trials of generic protein drugs developed by Amaran's partner, OBI Pharma. Amaran was set up in 2010 as a joint investment between OBI Pharma chairman Mr Michael Chang and Mr Samuel Yin, chairman of Ruentex Group, a business with interests ranging from textiles and construction to retail.

Amaran is also expected to receive investment from Taishin Financial Holding chairman Mr Thomas Wu after Amaran implements a capital enhancement initiative to strengthen its financial structure, which has a paid-in capital of $10 million (NT$300 million).