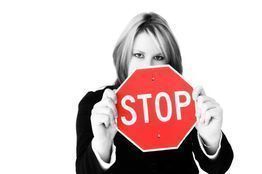 Vercirnon is an investigational non-biologic, orally administered CCR9 antagonist that is given to patients with moderate-to-severe Crohn's disease. GSK licensed it from ChemoCentryx in January 2010.

The rates of serious adverse events and withdrawals due to adverse events were similar among all treatment groups including the placebo group, with a trend in dose-dependent increases in overall adverse event rates. GSK indicated that it intends to continue to explore the safety and efficacy results to inform decisions about the clinical development program for vercirnon. New recruitment and dosing in the ongoing clinical program has been suspended pending further review of the Shield-1 results.

Shield-1 is a randomized, double-blind, placebo-controlled study that evaluated the efficacy and safety of two doses (500 mg once daily and 500 mg twice daily) of vercirnon as compared to placebo over 12 weeks in 608 adult patients with moderate-to-severe active Crohn's disease. The study was conducted at over 200 study centers globally.

Dr Thomas J Schall, president and CEO, ChemoCentryx, said that, "While we are clearly very disappointed with the results from the GSK Shield-1 study, we await GSK's decision on the future development plan for the vercirnon program following their further analysis of their data. Our other pipeline programs are moving along per plan, unaffected by the Shield program. Also, we anticipate additional clinical data and an option decision in the fourth quarter of this year by GSK on CCX168, our C5aR inhibitor, which is currently in phase II clinical development for the treatment of renal vasculitis."