Phylogica gets patent to model libraries from protein 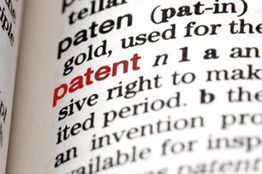 Singapore: Australia-based Phylogica recieved allowance of its US patent application for synthetic Phylomer libraries. This core patent (designated USSN 11/672,419) covers generic methods of designing synthetic Phylomer peptide libraries based on the identification of parts of natural proteins, which are predicted to form structures independently when isolated from the parent protein from which they are derived. The patent also contains methods for maximizing the diversity of such structures represented in the library.

The technology allows Phylogica to use computer-based approaches to 'cherry-pick' from the most suitable structures found in nature. This provides Phylogica with the ability to customize the properties of the peptides to suit particular screening applications, providing an extraordinary level of control.

For example, libraries can be designed to capture the most diverse set of different peptide shapes available with the greatest stability in the smallest set of Phylomers possible. This ability to rationally-design miniaturized Phylomer libraries enriched for desirable properties offers great potential for applications such as arrayed library screens and for the development of Universal Biosensors.

Phylogica is encouraged by the interest from prospective licensing partners wanting to access Phylomers in synthetic form. The patent allowance also provides Phylogica with a strong IP position in the synthetic biology space, while significantly extending the period of exclusivity of the company over the Phylomer peptide class.

Dr Richard Hopkins, Phylogica's CEO commented, "This major patent milestone constitutes another major barrier to-entry to potential competitors. Phylogica's claim over the entire Phylomer class of peptides is analogous to an exploration company securing rights to an oil field, which has been further extended by this new allowance. These comprehensive rights allow the company to control access to this valuable resource via licensing deals with pharmaceutical companies interested in exploiting the unique properties of Phylomers, while still retaining Phylogica's ownership of the resource itself."

This patent protects Phylogica's ability to use computer modelling to rationally design its libraries from natural protein structures. By customizing its libraries in this way, Phylogica can selectively engineer-in preferred shapes/structures found in nature with desired drug-like properties. This provides unprecedented control over library quality that is predicted to result in higher success rates, particularly where screening throughout is limiting.