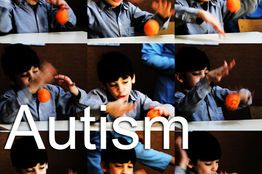 Singapore: A collaborative research effort at Duke University Medical Center and Rockefeller University has pinpointed the precise genetic footprint that links fragile X syndrome and autism. The findings, published online in the journal Nature on Dec. 12, 2012, point the way towards new genetic testing that could more precisely diagnose and categorize the spectrum of autism-related disorders.

Using a combination of laboratory experiments and advanced bioinformatics, the research team, led by Dr Thomas Tuschl, a Howard Hughes Medical Institute investigator at Rockefeller University, and Dr Uwe Ohler, an associate professor in Biostatistics and Bioinformatics at the Duke Institute for Genome Sciences and Policy, identified the genetic flags that FMRP is looking for and the genes it targets.

Normally, fragile X mental retardation protein (FMRP) plays an important role controlling production of other proteins in the brain and other organs. It does this by looking for specific genetic patterns located on the messages encoding proteins. When it locates these genetic flags, it attaches to them and, along with other signals, controls where and when protein is made.

Fragile X syndrome is the most well understood single-gene cause of autism. It results from defects on a small part of the genetic code for a protein that researchers have dubbed the FMRP.

In fragile X syndrome, this process breaks down because a defect in the gene causes the body to produce too little, or in some cases, none of the FMRP protein. As a result, additional proteins it would normally regulate are made in the wrong place and at the wrong time. Until now, little was known about how this process worked in people with the autism.

Additional research using a mouse model of fragile X syndrome revealed that the animals had abnormal protein production not only in the brain, but also in the ovary. The findings confirmed that the absence of FMRP protein causes ovarian insufficiency, which is common among women affected by fragile x syndrome.

The study was funded with grants from the National Institutes of Health (UL1RR024143, R01MH080442), the Howard Hughes Medical Institute, Simons Foundation Autism Research Initiative, and the National Science Foundation. The research team recently received an NIH transformative research award (R01GM104962) that will enable the team to continue its investigation.