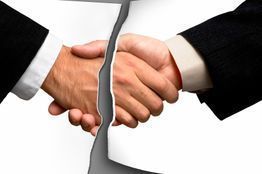 The deal is off: Boehringer Ingelheim terminated its alliance with Lilly for novel basal insulin analog, LY2605541

Singapore: Eli Lilly and Boehringer Ingelheim are making a slight adjustment to their diabetes alliance with respect to LY2605541, Lilly's novel basal insulin analog. Lilly is re-assuming sole worldwide development and commercialization rights to the analog.

Lilly and Boehringer Ingelheim formed their diabetes alliance in January 2011, centering on four pipeline compounds representing several of the largest and most promising product classes. It is one of the largest alliances among two pharmaceuticals companies ever, in a single therapeutic area and aims to provide a broad portfolio of treatment options to patients.

"There is an excellent spirit of collaboration in our alliance with Lilly, and we are committed to the continued success in our partnership to develop and commercialize the other molecules within the alliance, including Trajenta (linagliptin), empagliflozin and LY2963016, new insulin glargine product," said Dr Ulrich Drees, corporate senior VP, International Project Management, Boehringer Ingelheim.

"We're encouraged by the pre-clinical, phase I and II data, which we've seen for our novel basal insulin," said Dr Gwen Krivi, vice president, Diabetes Product Development, Lilly Diabetes. "We look forward to sharing the phase III data results of our novel basal insulin therapy with the medical community as early as 2014."