92 percent of the U.S. COPD patients studied did not receive PAP therapy despite possible benefits. 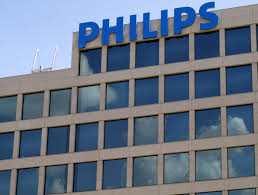 Singapore - COPD hospitalizations are at an all-time high. The 30-day readmission rate for patients ranges from 20-39 percent, with related healthcare costs at an estimated $50 billion. A recently published study, funded by Royal Philips, revealed that although positive airway pressure (PAP) therapy was associated with a reduction in hospitalization, more than 92 percent of patients studied were not receiving it in any form.

The retrospective study led by Dr. Sairam Parthasarathy, professor of medicine and interim chief of Division of Pulmonary, Allergy, Critical Care and Sleep Medicine with University of Arizona College of Medicine, revealed that only 7.5 percent of the more than 1.8 million COPD patients analysed were receiving any form of PAP therapy. There are multiple modes of PAP treatment which can take place at home to help people alleviate symptoms of respiratory illness. The reviewed administrative claims data suggested that individuals receiving either Bi-level (BiPAP), continuous (CPAP) or non-invasive positive pressure ventilation (NIV) therapy (n=48,856) experienced lower hospitalization risk than before therapy initiation as well as lower hospitalization risk than those who did not receive any positive airway pressure therapy at all.

"Frequent readmissions of COPD patients not only disrupt their quality of life, but are costing our health systems billions," says Parthasarathy.  "This analysis revealed that there is a solution already accessible within our toolbox that can keep patients out of the hospital, but it is significantly underutilized. With improved awareness and implementation of PAP therapy as a treatment for COPD, we can lower the cost burden for health systems while allowing patients to recover in the comfort of their own homes."

Patients with multiple chronic medical conditions were analysed as part of this bioinformatics "real world" study. Comorbidities such as sleep apnoea, chronic respiratory failure and heart failure were associated with greater benefits from PAP therapy, though ultimately, results showed that further clinical study into a causal connection between PAP therapy and reduced hospital readmissions of COPD patients is warranted.