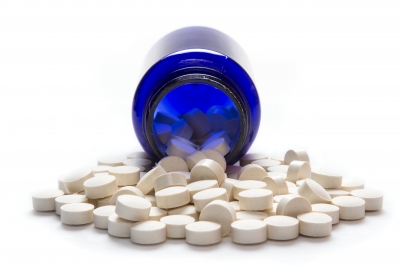 Singapore: The US FDA released a set of further current good manufacturing practices (cGMP) violations that have been noticed at leading Indian drug maker Ranbaxy's Mohali unit. As per the US FDA documents cited in a Reuters report, the American drug regulator is said to have filed these observations as conclusions to their inspection of the unit in 2011 and 2012.

One of the 11 cGMP violations found by the US drug inspectors in August 2012 was finding a black fibre embedded in a tablet. The FDA said that it was likely either "tape remnants on the nozzle head of the machine or a hair from an employee's arm that could be exposed on loading the machine."

The FDA has said, "The firm did not conduct any analysis of the fibre to support these root causes. Further, a plan to evaluate whether the corrective actions of trimming the tape and implementing longer gloves for employees were effective was not established."

The FDA also found 'black spots' of oil from machines in tablets and absence of running water in toilets at Ranbaxy's Mohali unit, as one of the reason import of drugs from this plant were banned.

"The investigation did not include chemical analysis of the tablet or contaminated tablets to support the absence of contamination and the root cause, which was determined to have originated from oil in the compression machine. There is a failure to thoroughly review any unexplained discrepancy in the failure of a batch or any of its components to meet any of its specifications whether or not the batch has been already distributed," the USFDA has stated.

Neither Ranbaxy, nor its Japanese owner Daiichi Sankyo have made a statement about the recent FDA document. Ranbaxy had, however, said that, "We will review the details and will continue to fully cooperate with the US FDA and take all necessary steps to resolve the concerns at the earliest."

Another core observation made by the US FDA was the lack of hygiene in the toilet complexes at the manufacturing unit. "During the course of the inspection, the toilet facility adjoining change room of the raw material storage area did not have running water for hand washing and toilet flushing," the FDA said.

The regulator added, "There are no procedures to direct employees to wash hands with soap and water after toilet use and prior to gowning."

This is Ranbaxy's third unit to be issued an import alert from the USFDA after its Dewas and Paonta Sahib manufacturing units.

In May this year, Ranbaxy also pleaded guilty to felony charges, accepting to have sold adulterated drugs in the US and paid $500 million to US authorities as a penalty.