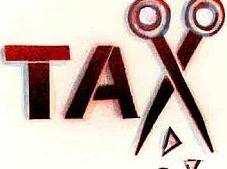 Singapore: Israel-based Teva Pharmaceutical is going to pay $718 million to Israel Tax Authority to pay for the release of trapped profits, settling tax assessments for the years 2005-07 and applying similar principles through 2011.

â€œWe have reached a beneficial agreement for Teva and the Israel Tax Authority concerning the release of trapped profits and the closure of pending tax assessments." said Mr Eyal Desheh, acting president and CEO, Teva. He also added, â€œThe agreement generates sources for dividends to our shareholders for years to come and settles tax assessments which had been in dispute for a long time. Teva is a global company, headquartered in Israel, which has contributed, currently contributes, and will continue to contribute to the Israeli economy."

A company that has so elected must make certain qualified investments in Israel over the five-year period commencing in 2013. A company that has elected to apply the amendment cannot withdraw from its election.