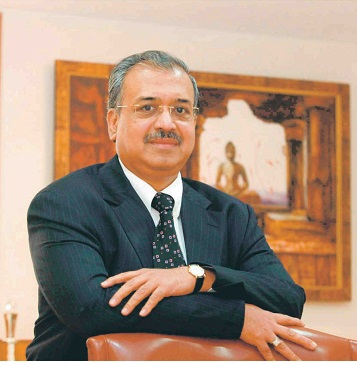 This is the first time Mr Dilip Shanghvi, founder of Sun Pharmaceutical has been named in the top three with a 66 percent surge in his wealth

Singapore: For the first time, founder of leading Indian drugmaker Sun Pharmaceuticals, Mr Dilip Shanghvi has been named in the top three of India's richest men.

Mr Shanghvi has made an appearance in the list prepared by China based 'Hurun India Rich List' as the third richest Indian man with a 66 percent surge in his wealth.

The report pointed out that Mr Ambani has retained the top position for the second year even after a wealth decrease of two percent. London-based steel baron Mr Lakshmi Narayan Mittal has been named the second richest, with assets of $15.9 billion.

As per the report, Mr Mittal's wealth declined six percent from last year.

Sun Pharmaceuticals' founder Mr Dilip Shanghvi on the other hand has found a spot on number three on the list for the first time with a 66 percent surge in his wealth.

"This rise in stock price was supported by the expected sales of the cancer drug Doxil, following Janssen Pharma Inc's admission of shortage of the drug supply," the report mentioned.