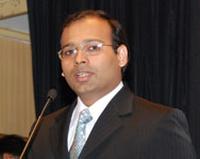 Mumbai: Indian generic pharmaceuticals company Cipla appointed Mr Subhanu Saxena as its chief executive officer. Mr Saxena comes to Cipla with experience of over 25 years, having worked with companies such as Citicorp, The Boston Consulting Group and PepsiCo, across markets in Europe, North America, Africa and Asia.

In his last assignment, he led the global product strategy and commercialization functions at Novartis Pharma. Mr Saxena is a graduate in Engineering from Oxford University and an MBA from INSEAD, France. He will assume his new role at Cipla on February 1, 2013.

In the last one year, Cipla has staffed senior executives in some of its key business functions, verticals and geographies, including key corporate and business heads in markets such as Europe and Australia, and corporate functions such as HR, IT, legal and strategy.

"We are delighted to have found such a good match for Cipla in Subhanu. Cipla has a strong vision for the future. I am confident Subhanu will build on Cipla's core values to deliver the next phase of growth, competitiveness and return on shareholder value," said Dr Yusuf K Hamied, chairman of Cipla. Mr Saxena will report to the chairman and the board of directors of the company.

"It is indeed an honor and privilege to be working for Cipla. I am looking forward to working with such a talented and committed team, under the guidance of Dr Y K Hamied and the Board. Cipla has achieved several milestones but a wider canvas lies ahead in terms of opportunity and areas for growth," said Mr Saxena.