US firms lobbying to protect patents in India: Report 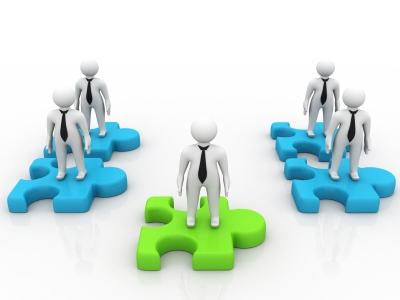 Singapore: An Indian news report that appeared in Business Line quoted an unidentified DIPP official who claimed that top officials of many US pharmaceutical companies recently met the Department of Industrial Policy and Promotion (DIPP) Secretary.

He claimed that US pharma majors were lobbying against use of compulsory licences by India. Heads of companies like Pfizer, Mylan and Merck met the DIPP Secretary to urge the Government to stop issuing permits to domestic companies for making low-priced copies of patented life saving drugs.

The report said that a compulsory licence is a permit issued by a Government to local industry for producing copied versions of patented medicines without the consent of the patent holder.

In an effort to dissuade the Government from putting in place restrictions on foreign direct investment in pharmaceuticals, the delegation that had been organized by the US India Business Council (USIBC), also urged it to enforce stricter intellectual property rules.

The Indian government has maintained that it considers issuing compulsory licences only under extreme conditions abiding strictly by global rules on intellectual property prescribed by the TRIPS Agreement, the official said in the report.

"The US companies were extremely worried that their patented drugs face threat in the Indian market as compulsory licences allowing their local production could be issued anytime. We assured them that such licences are not issued on a day-to-day basis and are guided by prescribed rules," the official was quoted as saying.

The DIPP is reported to have informed the delegation that it had sent back three proposals for compulsory licences forwarded by the Health Ministry as it was not satisfied with the arguments given and wanted more evidence on why there was a need to issue them. The news report also added that some experts were of the view that India may already be wilting under pressure from the US industry and government.

"The US industry thrives on employing pressure tactics to get its way. The fact that India has visibly gone slow in its drive to ensure availability of cheap life-saving medicines to the public through compulsory licences shows that all the noise being made might be working," a WTO expert from a Delhi-based research institute pointed out in the news report.

With patents worth an estimated $150 billion held by drug majors set to expire between 2010-2017, companies are desperate to protect their valid patents all across the globe and also renew their old patents.

The delegation is further said to have discussed the need for less stringent rules while deciding on granting fresh patents. India's proposed legislation to restrict take-overs of existing pharmaceutical companies by foreign companies is another worry for these firms. "The pharmaceutical companies did not want restrictions to be in place for FDI in the sector, either in greenfield or brownfield projects," the official said in the report.