GSK CEO: London HQ 'knew nothing' of the fraud 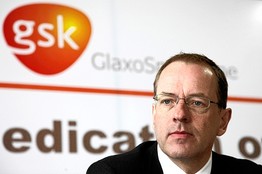 Singapore: Addressing the global media for the first time after allegations were leveled out against Britain's largest drugmaker, GlaxoSmithKline, the company's CEO Sir (Dr) Andrew Witty has defined the allegations as shameful.

The much anticipated media conference where Sir Andrew was said to reveal more information about the company's involvement or knowledge of the allegations, turned out to be a conference with very little new information.

Replying to questions on the investigations, Mr Witty said, "The Chinese investigation appears to be focused on a number of senior managers, potentially defrauding GSK and doing something inappropriate and illegal. The allegations are shameful and deeply disappointing. To be crystal clear we have zero tolerance to this sort of behavior."

He added, "GSK's head office in London knew nothing of the fraud allegations until they were announced by the Chinese police last week. The current investigation is quite different to the whistleblower's claims of corruption GSK investigated recently and said it found no evidence of corruption or bribery in our China business."

Dr Witty explained that the Chinese police's investigation appeared to focus on the four Chinese GSK executives already detained, and there was nothing to indicate that GSK China's British management, Mr Mark Reilly and Mr Steve Nechelput, had any knowledge of the wrongdoings.

"GSK is cooperating fully with the authorities and is absolutely committed to rooting out corruption," he said. GSK would carry out a full review of its Chinese operations and processes, he added.

"I am absolutely willing and ready to go to China, but there are no plans to go yet. GSK has opened up channels to regulators on both sides of the Atlantic. And the company has also consulted with the UK government. I am personally very disappointed by the shameful allegations, but I remain strongly of the view that the 99.9 percent of individuals in this organization are operating in the right way," Dr Witty said.

GSK has been accused by the Ministry of Public Security in China of using travel agencies as vehicles to bribe government officials, hospitals and doctors in order to sell more drugs at higher prices. On July 15 Gao Feng, a top official at the Ministry of Public Security said that Glaxo and the travel agencies exchanged $489 million between them since 2007.