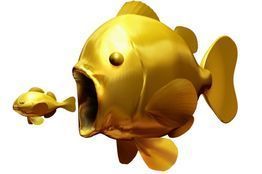 Singapore: After acquiring the formulations business of India's Piramal Healthcare in 2010, US drug major Abbott Laboratories has now revealed its new growth strategy. In an effort to boost growth to a level where it 'justifies the investment' of $3.72 billion made to buy Piramal Healthcare, the group has now made India an exclusive business region that reports directly to the headquarters in Basel.

Claiming that the acquisition was part of a long term strategy, Abbott aims at establishing effective growth in the emerging markets through this move. About 40 percent of Abbott's overall revenue is generated from emerging markets, mainly Brazil, Russia, India and China.

In order to achieve the task, Mr Bhaskar Iyer has also been appointed as the new country head to oversee the three existing pharma units in India and the entire branded generic businesses of Abbott in India will now come under the newly formed established pharmaceuticals division headed by Mr Iyer.

The drug industry, which has grown by an average 11-12 percent in the last few years, has seen its lowest growth in the past six months due to various issues related to pricing policy and economic gloom.

Pharma market researcher IMS Health estimated that Abbott's monthly average turnover in India slowed to 8.3 percent as of March. As per the researcher's March 2013 data, 17 Abbott brands are in the list of top 300 sold in the country, contributing about 32 percent to the company's local revenue.