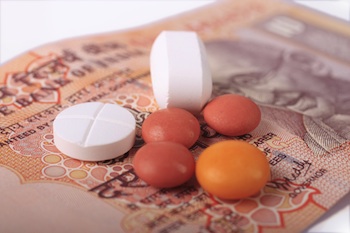 Singapore: India's Delhi High Court has extended the operation of its earlier order asking the central government not to take coercive steps against pharma major Cipla. The company was told to replace stocks in the market with those carrying reduced prices within 45 days of new price notification.

The 2013 Drug Price Control Order (DPCO) issued by the Ministry of Chemicals and Fertilisers through the National Pharmaceutical Pricing Authority (NPPA) had asked pharma companies, including Cipla, to reduce prices of some of their medicines. The decreased prices were to be made effective on the drugs which are already in the market.

Earlier, a bench headed by acting Chief Justice Mr B D Ahmed had granted interim relief to Cipla asking the Ministry and others not take coercive steps in view of the fact that date of implementation of the 2013 order was ending on July 29.

The bench has extended the relief till August 27, which will be the next date of hearing.

Earlier, Cipla had challenged a government order asking it to reduce prices of its 125 drugs within 45 days of issuance of the notification. The court had asked the firm to supply the revised price list of regulated medicines to its distributors, suppliers and retailers.