A highly transmissible mutant variant of coronavirus on the loose 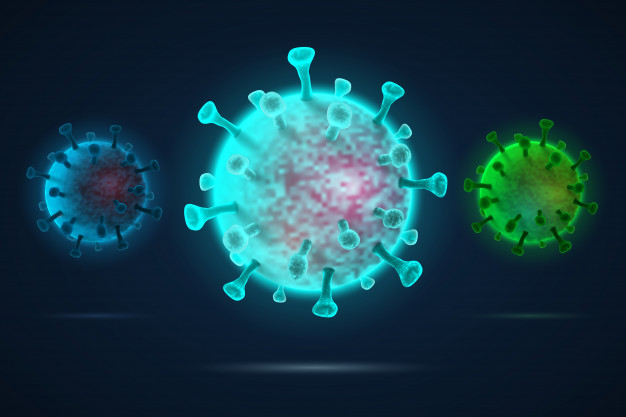 A new variant of the virus that causes COVID-19 (SARS-CoV-2) has been identified across the South East of England. The variant has been named ‘VUI – 202012/01’ (the first Variant Under Investigation in December 2020).

The country is acting quickly and decisively and shutting down the businesses to avoid the spread of the strain which is known to be highly contagious.

As of 13 December, 1,108 cases with this variant have been identified, predominantly in the South and East of England. PHE is working with partners to investigate and plans to share its findings over the next 2 weeks. There is currently no evidence to suggest that the strain has any impact on disease severity, antibody response or vaccine efficacy. It is not yet known whether the variant is responsible for these increased numbers of cases.

This variant includes a mutation in the ‘spike’ protein. Changes in this part of the spike protein may result in the virus becoming more infectious and spreading more easily between people. According to the UK’s Chief Medical Officer Chris Whitty, current swab tests are able to identify the new variant.

Dr Susan Hopkins, Test and Trace and PHE Joint Medical Advisor, said, “There is currently no evidence that this strain causes more severe illness, although it is being detected in a wide geography especially where there are increased cases being detected.”

Susan Hopkins of Public Health England said the agency notified the government on December 18 when modeling revealed the full seriousness of the new strain. The UK submitted its findings to the World Health Organization the same day. In London, 62 percent of cases were due to the new variant in the week of December 9. That compares with 28 percent three weeks earlier.

Prime Minister Boris Johnson requested the citizens to cancel Christmas plans and stay home, not letting the situation out of control. Around 16.4 million people entered the strictest "tier four" measures from Sunday, or 31 percent of England's population to tighten the anti-virus measures.

The new strain is considered to be 70% more transmissible than the original strain. The new highly transmissible strain has shown a similar lethal effect as other variant strains but it contains key mutations, particularly in the virus receptor domain.

According to reports, the virus has been found in all regions of England but in small numbers, yet the devastating economic impact is expected to be higher in case the containment measures fails and thus justifying a mandatory national lock.

South Africa also has a confirmed number of cases with the new variant of the virus. The new strain, known as 501.V2 appears to be more infectious than the original virus and is in its early infectious stages and only preliminary reports are available at present. The new strain is quite different from the one spreading in Britain. The number of COVID-19 patients in South Africa is increasing gradually. Clinical trials for the Investigational vaccine developed by Oxford University and AstraZeneca, are undergoing in South Africa.