Due to the congested living environment with poor air ventilation, consecutive “hot nights” are more detrimental to human health than “very hot days” 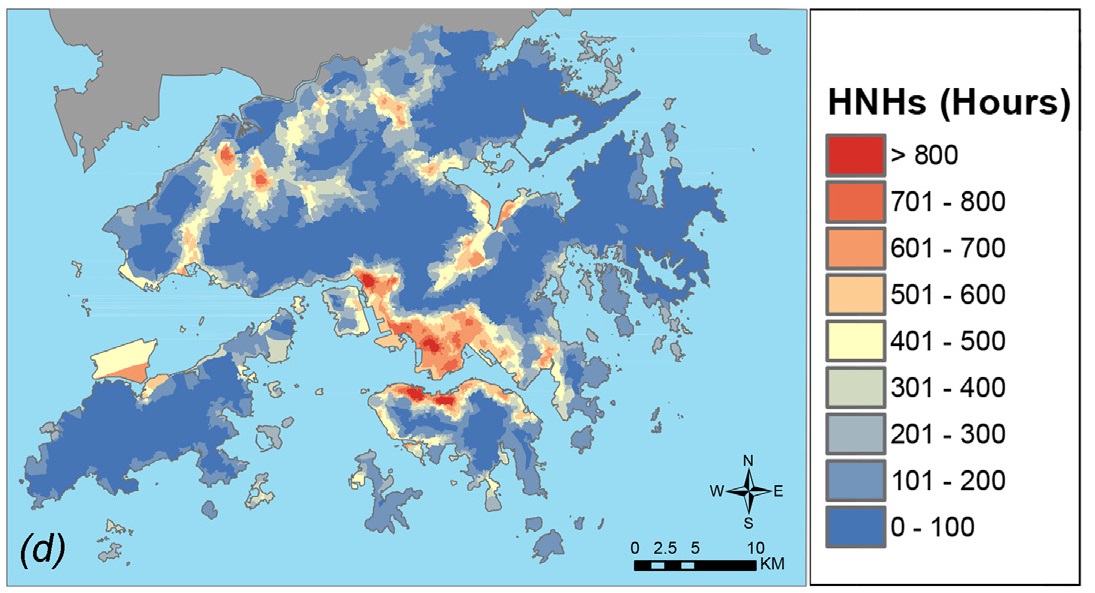 Hong Kong has been experiencing hotter summers and more scorcher days in recent years due to climate change and heat island effect. Amid the increasing number of “hot nights”, it is found that consecutive “hot nights” are more detrimental to human health than “very hot days”, although the actual temperature does not reach the level of daytime, according to collaborative research conducted by the Institute of Future Cities at The Chinese University of Hong Kong (CUHK), as well as researchers from the University of Hong Kong.

The research also identified that lack of urban greenery and poor air ventilation in a high-density context are factors that lead to more “hot nights” than “hot days” in some areas. The team suggests that better urban planning and building design are long-term mitigation measures.

The “very hot warning” was in force for 467 hours (20 days) in July, the longest since the introduction of the warning. Not only in daytime, but in many of the nights, temperature were high. There were 18 “hot nights" (daily minimum temperature reaches 28 degrees or above) in June and 21 in July, breaking the record for the number of “hot nights” in a month.

To better understand the health and social impacts of “hot nights”, a research team led by Dr. LAU Ka Lun Kevin and Dr. SHI Yuan, Research Assistant Professors from the Institute of Future Cities at CUHK, together with Dr. REN Chao, Associate Professor from the Faculty of Architecture of the University of Hong Kong, have analyzed the data of various combinations of “very hot days” (daily maximum temperature reaches 33 degrees or above) and “hot nights”.

Downtown areas are the hottest at night; improved design from long-term urban planning is needed

Researchers led by Dr. SHI Yuan, Research Assistant Professor from the Institute of Future Cities, found that downtown areas in Hong Kong Island and Kowloon have fewer “very hot days” but more “hot nights” when compared with the New Territories. Yau Tsim Mong District, Tsuen Wan, Central and Sheung Wan are among the most affected, while Yuen Long and Tin Shui Wai also have many “hot nights”.

Dr. Shi stated, “Land use and building morphology are the factors contributing to the geographical variation in high temperatures”

The team suggests that better urban planning and building design are long-term mitigation measures, and urban development should take into consideration health and climate change adaptation. For example, improved city and indoor natural ventilation, and increased greenery ratio are effective to mitigate higher air temperatures and can lead to a better and healthier living.