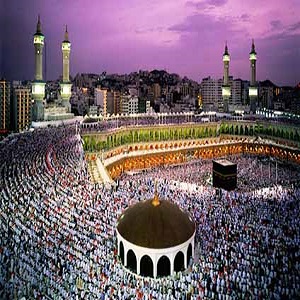 With MERS threat lurking around, Morocco advises its citizens against Haj pilgrimage

Singapore: With MERS cases increasing by the day, some countries like Morocco have advised their pilgrims not to go for the haj pilgrimage, in Saudi Arabia this year.

According to a report by the Agence France-Presse (AFP) the suggestion from the health ministry came the same day that WHO had raised concerns over the Haj pilgrimage. Morocco has a quota of around 25,600 pilgrims to Saudi Arabia every year.

Health Minister Mr Lahoucine Louardi said that the virus remained a serious concern as around a million pilgrims would gather for the pilgrimage. Earlier, the Moroccan health Ministry had issued an advise to the sick and ailing citizens of Morocco to reconsider their trip to Saudi Arabia. However, with the WHO cautioning, the warning was broadened and a suggestion was issued to all the Moroccan citizens.

Mr Louardi said that these recommendations were made after consultation with several experts including the WHO. WHO has currently not imposed any travel restrictions, but has advised various precautionary measures to contain the spread.