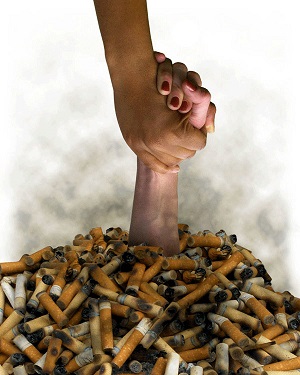 Singapore: The Health and Welfare Ministry of Korea said that it planned to hike cigarette prices, in the interest of health and well-being of the Korean citizens. The current cigarette prices are fixed at 2300-2500 won a pack depending on the brand.

The decision was made based on the notice issued by the World Health Organization that the country should raise cigarette prices by 50 percent. Currently, along with China and Thailand, Korea has the cheapest price for cigarettes.

Korea has the world's highest smoking rates. The WHO advised countries who have signed its Framework Convention on Tobacco Control that their tobacco tax should represent at least 70 percent of the retail price. Korea, which has signed the treaty, set its tax for only about 62 percent of retail prices of cigarettes.

Mr Im Jong-gyu from the Welfare Ministry said that this was a step to improvise public health and reduce the disease burden in Korea. The ministry said they plan to pass a revised bill by early next year.

WHO predicted that if all countries raised their cigarette prices by 50 percent, some 11 million people could save their lives from smoking-related diseases in the next three years.