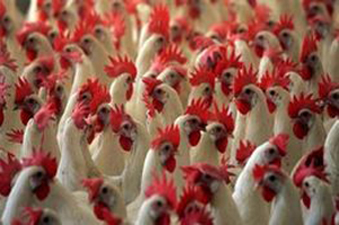 In 2014, Japan registered three avian flu outbreaks that led to slaying of around 150 thousand hens

Singapore: The H7N9 avian influenza virus is spreading across several Asian countries. The virus was first detected in China in March 2013, and since then more than 120 people have been afflicted with the virus. According to a Chinese daily four more cases have now been confirmed in the country.

Recently Hong Kong authorities said that 15,000 hens will be culled in the province to avert an outbreak, after samples from neighboring Guangdong province tested positive for the virus.

In 2014, Japan registered three avian flu outbreaks that led to slaying of around 150 thousand hens. A virus outbreak was exposed at a farm in the city of Nagato, where 20 hens died of avian flu few days ago. A 3-km quarantine zone was created around a poultry farm with a ban imposed on its produce delivery.

Amid soaring cases, the Russia's agricultural watchdog has demanded that local poultry farms increase control and carry out monitoring laboratory tests for bird flu. Bird flu is a highly pathogenic virus disease which can be transmitted to humans during Ñontact with birds. The virus affects the digestive and respiratory systems and has high mortality rate.