Cardiovascular disease (CVD) remains the world’s number one killer, resulting in 18.6 million deaths a year. The global focus on the pandemic, neglecting the real numbers of patients dying due to heart disease, among other life-threatening disorders, is illogical and staggering, to say the least. ‘Harnessing the power of technology to improve awareness, prevention and management of CVDs’, globally, is the goal for World Heart Day 2021, observed on September 29 every year. Moreover, the increasing cases of CVDs within the APAC region have, in turn, pushed the growth of the cardiovascular devices market as it currently offers a range of stents, catheters, cardiac rhythm management devices, pacemakers etc. An increasing number of startups and medical innovations in the APAC countries are projected to take the medtech ecosystem to the next level in cardiac care. 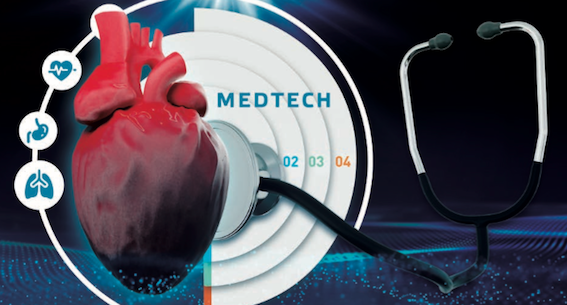 The burden of cardiovascular diseases (CVDs) such as ischaemic heart disease, coronary artery disease, angina, stroke, rheumatic heart disease, congenital heart disease, peripheral arterial disease, aortic aneurysm and dissection, deep vein thrombosis, across Asia Pacific (APAC) varies by country, but is nonetheless substantial. Collectively CVD is the leading or second-leading cause of death across the region and the prevalence continues to rise. Further, shifting demographics in the region, with both an increase in younger people experiencing CVD and ageing populations with multiple comorbidities, are putting health systems under increasing pressure.

Age is arguably the most important non-modifiable risk factor for CVD. According to UN Population Division data, between 2020 and 2030, Singapore, South Korea, Hong Kong, Taiwan, and Thailand will become the fastest ageing societies in the world. Japan already has the world’s oldest population and will continue to age faster than the global pace.

In Japan, where the world’s oldest population has seen the largest increase in the incidence of ischaemic heart disease and stroke, medical experts are speaking openly of an impending cardiovascular disease pandemic. The estimated annual direct costs of ischaemic heart disease and stroke in Japan accounts to $5.7 billion and $6.5 billion, respectively.

As for Mainland China, CVD has, in just two decades, moved from a relatively uncommon condition to an epidemic in the country. It is estimated that 4 million deaths are due to cardiovascular diseases each year in China, closely followed by India.

Adding on, numerous studies have repeatedly shown that individuals experiencing CVD events have a significantly elevated risk of further events. For instance, a Singapore-based study estimates that around 7 per cent of those with a heart attack suffer another one within a year. Meanwhile, another study from Australia shows that of those discharged from hospitals with acute cardiac syndrome, which includes both infarctions and unstable angina, 57 per cent are readmitted within a year.

Dr Tee Joo Yeo, Director, Cardiac rehabilitation unit, National University Heart Centre Singapore explains, “Simply put, there are more people who are now survivors of heart attacks and strokes. The more survivors there are, the more likely it is that there will be recurrence.”

In short, an ever-growing part of the population is known to have a CVD and may well survive a heart attack or stroke. This demands urgent attention but also represents an eminently realisable opportunity to ensure these individuals receive appropriate care.

China contributed the major share in APAC cardiovascular devices market in 2019 and is expected to retain its position in the coming years. The dominance of China is mainly due to the presence of a substantial CVD workforce in the country, followed by India.