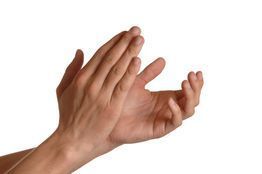 Biopolis also plays a pivotal role in bringing together major research institutes to create a centre of excellence in BMS.

Singapore: Biopolis, an international research and development (R&D) centre located in Singapore, is marking the completion of a decade as a world-class biomedical research hub.

Opened in 2003, Biopolis anchors the development of the entire chain of biomedical sciences (BMS) activities - from R&D to manufacturing and healthcare. Biopolis also plays a pivotal role in bringing together major research institutes to create a centre of excellence in BMS and serves as a focal point to attract and groom top scientific talent to do world-class research in Singapore.

Mr Lim Chuan Poh, chairman of Agency for Science, Technology and Research (A*Star) and co-chair, Biomedical Sciences Executive Committee (BMS EXCO) said, "Biopolis was conceived as part of a bold vision to establish the BMS as a key pillar of Singapore's economy. That vision has become a reality. Today, Biopolis is a thriving eco-system of public research institutions and corporate labs and a vibrant community of local and international biomedical scientists carrying out world-class R&D."

While Biopolis initially focused on supporting the pharmaceuticals and biologics industry, it is now diversifying to leverage new areas which are fast-growing in the Asia Pacific such as medical technology, personal care, and food and nutrition. Many of its research programmes are also well integrated with the clinical and academic research communities, a good example of which would be stratified medicine. To this end, A*Star has launched strategic research thrusts to address these areas.

Singapore has come a long way in its BMS journey over the last decade, making important economic, scientific and healthcare contributions to the country, even as the base of basic, translational and clinical research capabilities was being built.

Biomedical research in Singapore has contributed greatly to improving the world's understanding of cancer, eye diseases, neuroscience, metabolic diseases and infectious diseases, amongst others. Significant breakthroughs made over the years include the SARS detection kit co-developed by A*Star's Genome Institute of Singapore (GIS) and Roche Diagnostics which was used at the Singapore General Hospital. A*Star's Institute of Molecular and Cell Biology (IMCB) worked with Genelabs Diagnostics to develop two antibody-based tests to diagnose SARS from just a drop of serum, plasma or blood. Singapore scientists at A*Star's Bioinformatics Institute also worked with international counterparts and the World Health Organisation (WHO) to develop the FluSurver as part of the worldwide surveillance network, to help clinician scientists and researchers rapidly screen patient-specific influenza genome sequences for mutations.

Recently, a team of scientists from A*Star's Experimental Therapeutics Centre (ETC) collaborated with Switzerland's Cytos Biotechnology to develop a vaccine for the H1N1 flu virus and it has already entered into phase I clinical trial. Singapore has received significant recognition for scientific excellence. Singapore has retained its fifth place ranking across Asia Pacific and continues to be the most productive of the top five countries in terms of papers per 1,000 researchers, according to the Nature Asia-Pacific Publishing Index 2012.

In addition to providing solutions to pressing healthcare issues, research at Biopolis has helped to grow the biologics, pharmaceutical, healthcare and medical technology industries in Singapore.

For companies seeking to improve R&D productivity and develop innovative pharmbio and medical solutions for Asia, Singapore presents opportunities to tap into the multi-disciplinary capabilities offered by an integrated research network in basic and translational research. Almost 40 corporate research labs are situated in Biopolis and more are expected. Leading biopharmaceutical companies are co-located with A*Star research institutes at the Biopolis, and engage in regular public-private partnerships. Chugai, one of Japan's leading biopharmaceutical companies, opened the Chugai Pharmabody Research (CPR) in Biopolis with an investment of $200 million over five years. P&G, a household name in home and personal care, invested $250 million to build a mega innovation center in Biopolis - the second of only two such centers in Asia. P&G has also signed a three year collaboration agreement to work with research institutes across A*Star.

One of Singapore's key success factors in creating an innovation economy is its talent strategy. To support BMS R&D activities, the Biopolis fosters the exchange of ideas and close collaborations both among and beyond the research community located there. This BMS research community, made up of both the public and private sectors, has grown by two and a half times in the last 10 years from 2,150 in 2002 to over 5,400 in 2011, including some hundred clinician scientists among them. Almost half of them are located at the Biopolis constituting a rich mix of local and international scientists from both the public and private sectors. Besides eminent scientists, what is important for the future of the BMS effort in Singapore is the pipeline of many young Singaporean scientists nurtured through the A*Star scholarships who are already beginning to make their own mark.