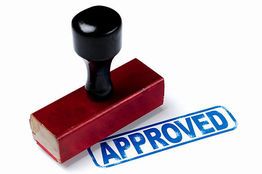 Mexico is the second largest medical device market in Latin America with an estimated annual market of $4 billion.

Singapore: Australia-based AtCor Medical, the developer and marketer of the SphygmoCor system which measures central aortic blood pressures and arterial stiffness non-invasively, has announced that its SphygmoCor XCEL system has been approved by the ComisiÃ³n Federal para la ProtecciÃ³n contra Riesgos Sanitarios (Cofepris), the authority that regulates medical devices in Mexico. This enables BCR Internacional, AtCor's Mexican distributor, to market and sell the system to clinicians and researchers in Mexico.

Mexico is the second largest medical device market in Latin America with an estimated annual market of $4 billion. It has a population of 113 million, and a large proportion of Mexican adults have risk factors for heart disease and stroke. According to a 2010 study of 20,000 Mexican adults published in American Heart Journal, hypertension affected almost 30 percent of adults and about 13 percent of adults had diabetes.

Mr Duncan Ross, chief executive officer of AtCor Medical, said, "Mexico is an important market for AtCor. The SphygmoCor XCEL system provides an opportunity to incorporate measurement of central aortic blood pressure into patient management and to positively impact healthcare in the Mexican population. The opportunity for countries such as Mexico to implement programs that identify patients at risk, educate them to modify their lifestyles and seek treatment ahead of critical incidents is important to governments for both its economic and quality of life implications. SphygmoCor XCEL is well positioned to provide this information in a cost effective manner."