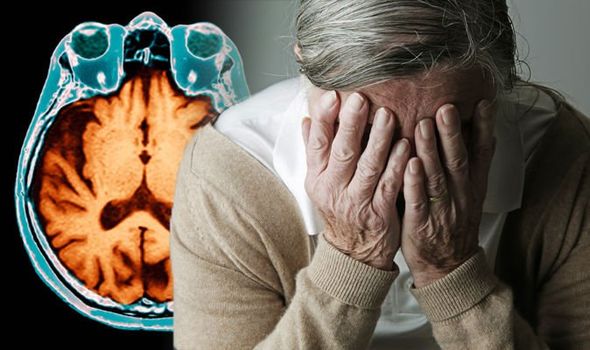 Alzheimer’s disease (AD) is the most prevalent neurodegenerative disorder leading to memory loss and progressive cognitive decline. In 2018, dementia affected 50 million people worldwide, and this number is expected to rise to 152 million by 2050. Locally, about one in 10 people aged 60 and above may have dementia. This translates to almost 82,000 people in 2018 and the number is expected to exceed 100,000 in a few years’ time.

Despite decades of research, understanding AD progression at the molecular level, especially at its earliest stages, remains elusive. In particular, early biomarkers to accurately diagnose patients at the asymptomatic phases prior to the disease’s onset remain lacking.

A team, comprising researchers from various institutions and led by National University of Singapore’s Yong Loo Lin School of Medicine’s Assistant Professor John Jia En Chua, has uncovered several novel early asymptomatic biomarkers for Alzheimer’s disease by comparative protein profiling of AD tissue models. Focusing on one of these markers, Hebp1, Prof Chua and his team confirmed its presence at elevated levels in patients with AD. This was particularly true in patients diagnosed with rapidly progressing AD.

In their four-year research, the team examined changes in brain protein composition in AD patients and how that contributed to the development of AD. They found that the presence of Hebp1 in the brain will lead to the death of brain cells, a major underlying cause for AD, when blood is leaked from damaged blood vessels in the brain. In the absence of Hebp1, very little brain cells were killed.  Their finding was published recently in eLife, a peer-reviewed open access scientific journal that publishes work of the highest scientific standards and importance in all areas of the life and biomedical sciences.

"It is exciting to read about this new biomarker for AD. It appears to be primarily useful for identifying the subgroup of rapidly progressive AD, and more specifically those with monogenic inheritance. Hence, further research would be needed before we can determine whether Hebp1-mediated pathways are relevant to the aetiology and thus identification of other subgroups of AD, which represent the majority of AD cases,” said Dr Chong Yao Feng, Associate Consultant from the National University Hospital’s Division of Neurology. “It would be interesting to see whether Hebp1 is specific to AD, or whether – like another biomarker, tau – it is non-specific, being elevated in other causes of rapid neuronal death as well.”

At present, Hebp1 is being evaluated with clinical partners in Singapore for its usefulness as an identifying biomarker for AD patients even before they begin to exhibit signs of cognitive impairment. The biomarker is also being assessed for its relevance in the development of stroke and vascular dementia as it has provided insights into both the molecular mechanisms of AD and other neurological disorders associated with vascular damage. Once the preliminary results prove promising, this early detection of Alzheimer’s would be extended to include undiagnosed patients of higher-risk groups.

"In order for this to translate into the clinical setting, much work would need to be done on evaluating how Hebp1 can be measured antemortem, such as in the cerebrospinal fluid, or even in blood samples. If it can be measured in blood samples, then it will become truly clinically convenient to use, in a fashion similar to the extant plasma-based amyloid and tau biomarkers, which have been reported in the last few years. Finally, it would also be important to see whether Hebp1, which is elevated in asymptomatic stages of the disease in AD models, is similarly changed in asymptomatic human patients," added Dr Chong.

“These discoveries could potentially lead to earlier diagnoses of AD and improve management of the disease, including the possibility of slowing the progression of neuronal damage and the patient’s manifestations of cognitive impairment. This would mean that patients would be able to have a better quality of life despite the diagnosis,” added Asst. Prof Chua. The team are exploring the feasibility of further testing through blood samples and delving deeper into possible drug interventions to block Hebp1mediated cell death.