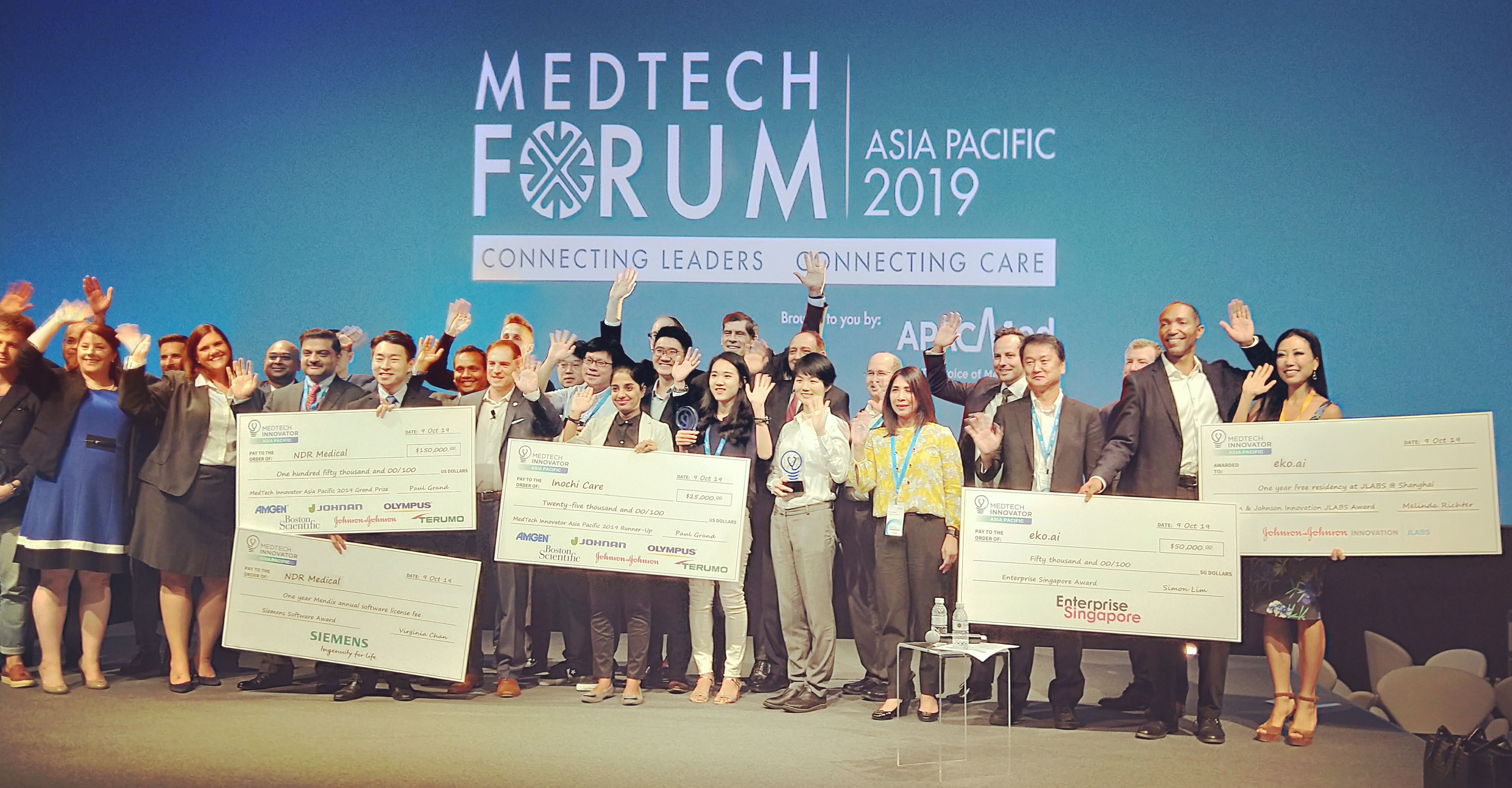 MedTech Innovator, the premier nonprofit accelerator in the medical technology industry, on 9th Oct 2019, announced NDR Medical as the winner and Inochi Care as the runner-up of 2019 Asia Pacific Grand Prize, out of 4 finalists, 20 showcase companies and 170 applicants. Attendees of The MedTech Forum, hosted by the Asia Pacific Medical Technology Association (APACMed), voted for the Grand Prize winner of $150,000 in Singapore.

Four finalist companies viz., Crely Healthcare, Inochi Care, NDR Medical, and Nesa Medtech made it to finals and competed for the title of 2019 Asia Pacific Grand Prize winner. NDR Medical and Crely Healthcare are Singapore based whereas Inochi Care and Nesa Medtech are based out of India from the cities of New Dehli and Bengaluru respectively. The four finalist companies are developing transformative medical technology innovations in the areas of precision medicine, surgical advancements, and critical care.

The competition finals were held on the Plenary Stage at noon on Wednesday, October 9, at SunTech City Singapore and each of the four companies was allotted seven minutes to pitch their technology and answer questions before a panel of four judges. After the presentations, around 750 delegates among the audience voted in real-time to select the winners. NDR Medical banged the first-place with $150,000 non-dilutive cash prize. Inochi Care won second place and received a $25,000 cash prize. The eko.ai, who are the providers of AI-based automation and disease prediction tools to fight against cardiovascular diseases earned Startup SG award and JLABS award with SG$50,000 cash prize and an invitation to join the qualifying round at the SLINGSHOT competition in Singapore awarded by Enterprise Singapore. Other prizes include a one-year residency awarded by JLABS @ Shanghai and a one-year software license award from Siemens Industry Software.

Together with the senior leadership teams of its corporate partners and other judges, MedTech Innovator travelled to Japan, Australia, Singapore, and China to meet more than 35 candidates in person. Twenty companies were then selected to participate in the Asia Pacific Showcase program, which prominently features the most innovative MedTech startups from the region. The organization received more than 170 applications for its Asia Pacific program this year.