The JPMDA has accepted the application and review is expected to take nine months to a year. 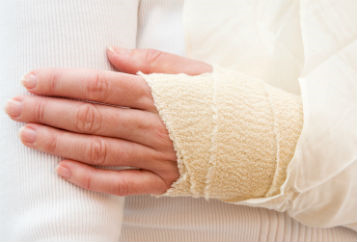 Australia based AVITA Medical, regenerative medicine company, announced that it has collaborated with COSMOTEC, an M3 Group company, to market and distribute the RECELL® Autologous Cell Harvesting Device (RECELL® System) for the treatment of burns and other wounds in Japan.

In addition, COSMOTEC filed on 25 February 2019 a Japan’s Pharmaceuticals and Medical Devices Act (“JPMDA”) application for approval to market the RECELL System in Japan. The JPMDA has accepted the application and review is expected to take nine months to a year.

Kiyoshi Takei, President of COSMOTEC said, “The number of patients suffering from chronic wounds and decubitus ulcers is increasing in Japan due to aging. Japan is also planning for the Tokyo Olympic Games in 2020 and must be prepared for major disasters such as a large earthquake. We are very proud to add the RECELL System to our product lineup. With over 30 years since our foundation, COSMOTEC has been doing business in 90-100% of high acute care hospitals in Japan in the fields of cardiac surgery, vascular surgery, and wound care. As a member of the M3 Group, we can deliver the RECELL System's benefits to at least 90% of Japanese plastic surgeons and dermatologists through the portal site 'm3.com.' With this opportunity, we would like to contribute to the advancement of burn injury and wound care in Japan.”

Dr. Michael Perry, AVITA Medical Chief Executive Officer said, “We are very excited to partner with COSMOTEC on the commercialization of the RECELL System in Japan, a key global market. COSMOTEC’s experience marketing medical devices and other products into hospitals and surgical suites throughout Japan, including specialties requiring a high level of training such as cardiovascular treatment, make them an ideal partner for us. We are also pleased that they are backed by the M3 Group, a major healthcare company with great physician access in Japan and other markets. The filing of the JPMDA application is a major milestone, and we look forward to making the RECELL System available to patients in Japan.“

Japan is the second largest healthcare market in the world and represents a valuable market for the RECELL System with more than 6,000 patients with severe burns treated in hospitals each year. Over two million people in Japan are estimated to have vitiligo, a disease that causes the loss of skin color in blotches and can affect the skin on any part of a patient’s body. Financial terms of the collaboration were not disclosed.