Siemens Competition for science talent on 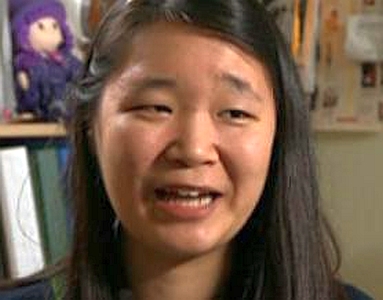 Ms Angela Zhang: Developed a potential cure for cancer at 17. What else will she develop in the future?

Singapore: Siemens Foundation has announced the semi-finalists and regional finalists of the Siemens Competition in Math, Science & Technology for high school students in the US. The competition is one of the most coveted teen science prizes in the country. The finalists will now compete for the grand prize from December 1 to 4, 2012, in Washington, DC.

In 2011, Ms Angela Zhang won the $100,000 first prize for designing a nanoparticle that showed potential to kill cancer. The 17-year-old's project was titled 'Design of image-guided, photo-thermal controlled drug releasing multifunctional nanosystem for the treatment of cancer stem cells'.

Ms Zhang was born to Chinese immigrants and lives in Cupertino, California, in the US, and a student of Monta Vista High School. Her research earned the nickname 'swiss army knife' in the area of cancer treatment.

The nanoparticle is delivered to tumors via the drug salinomycin where it kills cancer cells and deposits gold and iron-oxide materials to help with MRI imaging. Ms Zhang was working on the particle since 2009 (when she must have been 15) and spent about 1,000 hours developing the same.