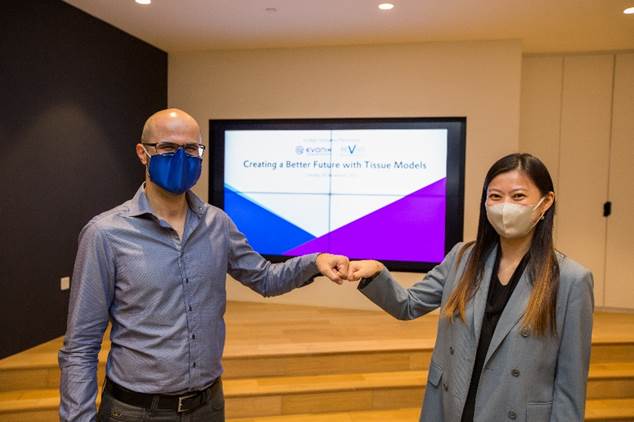 Singapore start-up Revivo BioSystems receives investment from German specialty chemicals company Evonik supporting the development and commercialization of a technology that uses a realistic 4D model of human skin for the testing of chemical, cosmetic and pharmaceutical compounds. The start-up’s technology provides an alternative to animal testing that is also quicker, more reliable, and cost-efficient.

Revivo’s organ-on-a-chip system simulates the interaction of human skin with the substance being tested. Skin tissues, which have been grown in a laboratory or a human skin sample, are placed on biochips which are supplied with nutrients and reagents. In this way, the technology creates a micro-environment for the tissue models, which reproduce the architecture and functions of the skin.

It also mimics the function of blood flow allowing for analysis of both the localized and the systemic impact of compounds on the skin tissue. The platform thus creates a more realistic measurement of the product interaction with the skin.

In addition to testing under realistic conditions, the company’s system automates testing and sampling procedures. This provides a cost-effective way of carrying out screenings that are required in the regulatory approval procedures for new substances.

Many consumers prefer substances that have not been tested on animals and regulations have followed suit. In total more than 40 countries have passed laws to limit or ban cosmetics animal testing, including Australia, India, Israel, Turkey and the U.K.

Evonik is involved in researching animal-free biomaterials and cell-culture components at its Competence Center in Singapore. Revivo is a spin-off of A*Star in Singapore.