Axcella was previously granted a patent related to AXA1125 with claims covering compositions of matter independent of any particular use. 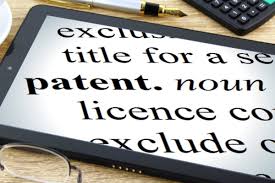 Axcella Health, a biotechnology company pioneering the research and development of novel multifactorial interventions to address dysregulated metabolism and support health has announced the issuance of U.S. Patent 10,238,617 with claims covering methods of use for AXA Candidate AXA1125, the Company’s EMM composition, to address liver dysfunction and liver disease, including fatty liver disease. The patent was issued on March 26, 2019.

AXA1125 is a novel composition of EMMs designed to simultaneously support metabolic, inflammatory and fibrotic pathways associated with liver health. Axcella was previously granted a patent related to AXA1125 with claims covering compositions of matter independent of any particular use.

“This additional issuance continues to strengthen our global intellectual property position with patent rights that include coverage for our AXA Candidates, manufacturing and formulations,” said Bill Hinshaw, President and Chief Executive Officer of Axcella.

Endogenous metabolic modulators, or EMMs, are a broad family of molecules, including amino acids, which fundamentally impact and regulate human metabolism. Our AXA Candidates are anchored by EMMs that have a history of safe use as food. We believe that, unlike conventional targeted interventions currently used to address dysregulated metabolism, EMM compositions have the potential to directly and simultaneously support and modulate multiple metabolic pathways implicated both in complex diseases and overall health.

Axcella conducts non-investigational new drug application (Non-IND), Institutional Review Board (IRB)-approved clinical studies in humans with its AXA Candidates under U.S. Food and Drug Administration regulations and guidance supporting research with food outside of an IND. In these studies, Axcella evaluates in humans, including in individuals with disease, AXA Candidates for safety, tolerability and effects on the normal structures and functions of the body. Non-IND, IRB-Approved Clinical Studies are not designed or intended to evaluate an AXA Candidate’s ability to diagnose, cure, mitigate, treat or prevent a disease. If Axcella decides to further develop an AXA Candidate as a potential therapeutic, subsequent studies will be conducted under an IND.