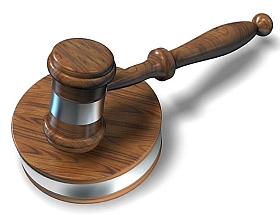 Hyderabad: The Indian Intellectual Property Appellate Board (IPAB) upheld a decision to allow Natco Pharma to sell a generic version of Bayer's cancer drug Nexavar. The ruling means that Natco Pharma can continue to manufacture and sell this product. Natco has been manufacturing the product since April 2012.

Bayer said that it would continue to fight to overturn the decision, which it said weakened the international patent system and endangered pharmaceutical research.

Last year, the patents office allowed Natco Pharma to sell generic Nexavar at $176 (Rs 8,800) for a month's dose, a fraction of Bayer's price of $5,600 (Rs 280, 000). Bayer challenged the decision to grant Natco a compulsory licence at the IPAB in Chennai. On March 4, 2013, the board dismissed the petition, although it did order Natco Pharma to pay a royalty of seven percent on sales of generic Nexavar to Bayer, an increase from the six percent royalty that had earlier been set.

The ruling paves the way for the issue of more so-called compulsory licences as governments, particularly in emerging markets such as China and Thailand, battle to bring down healthcare costs and provide access to affordable drugs to treat diseases such as cancer, HIV-AIDS and hepatitis.

Under a global Trade-Related Aspects of Intellectual Property Rights (TRIPS) agreement, countries can issue compulsory licences on certain drugs that are deemed unaffordable to a large section of their populations.